The PSL arrives at the Sheikh Zayed Stadium Abu Dhabi

The Sheikh Zayed Cricket Stadium in Abu Dhabi is set to host the remaing 20 round robin and knock phase games of PSL 2021. 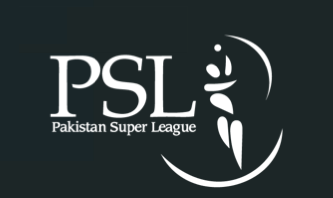 The Pakistan national team are not unfamiliar with the conditions in the UAE given that it has been there home away from home for so many years and of course both the PSL and IPL have used Abu Dhabi as well as the other grounds in the Emirates to host their T20 franchise leagues.

T20 head to head has now primed itself with a variety of PSL stats and records including a full breakdown of those at the Sheikh Zayed Cricket Stadium Abu Dhabi for T20 cricket.

Our pages now include T20 records the at Sheikh Zayed Cricket Stadium Abu Dhabi including average first innings score and average winning score. You'll see from these records that a score of about 160 is par on this pitch but than in general it's been a venue where chasing teams have a slight advantage potentially because of dew falling later in the game. Of course, during the initial part of this season's PSL we saw a big mismatch between sides batting first and second for that very reason so fingers crossed the new ground won't continue the trend.

In regards highest scores, only 2 teams have ever made scores of 200 plus and those both came in the 2014 IPL season while Quetta Gladiators 180 is the best a PSL franchise has managed in T20 cricket. On the flip the pitch in Abu Dhabi has thrown-up several low scoring affairs including 4 first innings of under 100.

In fact batting conditions are so difficult that only one man, Ben Stokes, has managed a T20 century at the venue in a knock for Rajasthan Royals against Mumbai Indians - Stokes' first hundred for RR.

Bowling wise and the pitch often favours seamers as Usman Shinwair and Faheem Ashraf have shown with 4 wicket halls in previous T20 matches in Abu Dhabi.

Of course our pages will be updated on a match by match basis and you can follow our what's a winning score tool which also contains T20 records in Abu Dhabi.

Also don't forget the full range of player and team stats that we have published for the PSL.

Good to see Cricket leagues getting back on track as PSL will be followed by IPL in UAE including in Abu Dhabi.

PSL is exciting for Pak players as they still get to play mostly in neutral venue and hopefully, Cricket returns back to Pakistan in all formats.

Congratulations @t20headtohead! You have completed the following achievement on the Hive blockchain and have been rewarded with new badge(s) :