THE MATCH THAT PUT MAN. CITY ON TOP 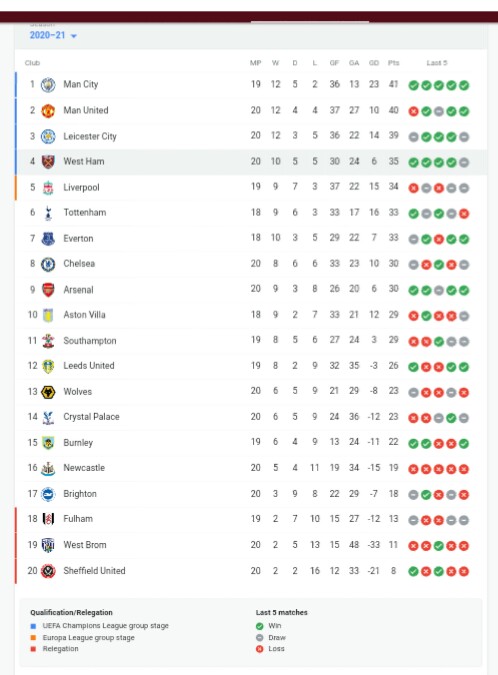 IN my mind the match is as if it was just yesterday. The match between West Brom - Manchester City was KICKED OFF at about 19:15 CAT at the HAWTHORNS STADIUM on Tuesday the 26th of January 2021.

"THE MATCH THAT STARTED WHEELING THINGS IN FAVOR OF CITY"

It wasn't long after kick off precisely 6' (minutes) into play, when Man. City dealt a dangerous blow through the legs of I. Gündogãn with shirt nos 8 a midfielder whowas assisted by his team mate, J. Cancelo to effect a change in the tempo of play by making the score line come to West Brom 0-1 Man. City

Fourteen minute after the first goal was scored, West Brom conceded another goal, This time the same J. Cancelo a defender with shirt nos 27 was assisted the first goal this time performed the magic and was assisted by B. Silva to bring the scoreline to 0-2
A sign of more wins to come for Man. City

30'(minutes) into play West brom 0-3 Man. City
This third goal came as a miracle off the foot of I. Gündogãn midfielder with shirt nos 8 for Man. City

R. Sterlig Man. City's striker with shirt nos 7 scored the last goal of the match in the 57th minute of play into the second half and bringing the CITY's to the top of the league with 41 pts Leaving Man. United on the second position of the league table with 40 pts.

The current standing of the premier League Table is shown below 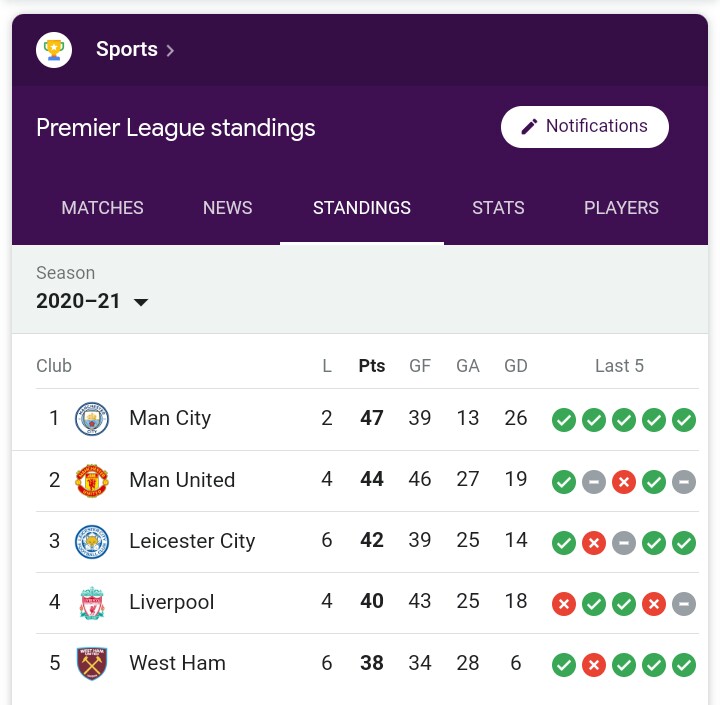 source
The West brom vs Man. City match ended 0-5
This match began their exploits in the tournament , the CITY Team is now leading the league with 47 pts

It's not just about securing a space in the top of the league, it's sustaining the position to the end of the season.