Have been off the blockchain for 3days, but i have not stopped watching soccer. This two teams seem to have a lot in common this season. Currently in the league table they both have 42 points, played 24 matches, Lost 6, Drawn 6 , Won 12 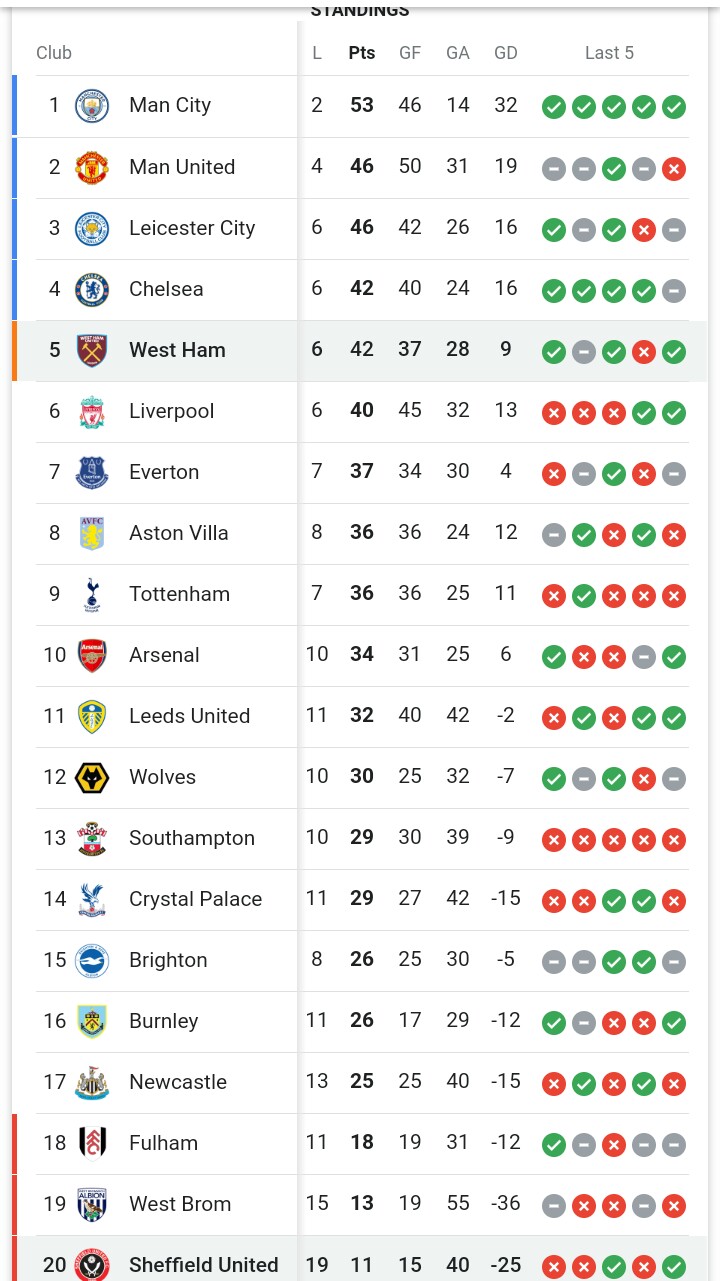 Source
Source
West Ham won Their last match which was on the 15th of feb. 2021 when they played home against Sheffield United 3-0 at the London Stadium. The West Ham team record from their last 5 matches have seen 3 Wins 1 draw and 1 Loss. Before the Monday match of the 15th of feb, 2021.
So did Chelsea win their last home match against Newcastle United 2-0 at the Stamford Bridge Stadium. Chelsea's Last 5 matches have witnessed 4 Wins and 1 draw. A record that has proven the team to be in their best fit form ever in the recent outings.

Tomorrow the blues will have to travel to St. Mary's Stadium to meet with Southampton an away match they cannot afford to Loose said the Manager Thomas Tuchel knowing that The Blues could move to within a point of third-placed Leicester with victory over Southampton and three points ahead of West Ham in fifth if they pick up three points at St Mary’s and take advantage of being the second game of the weekend.Source

WEST HAM on the other hand who is at nos. 5 on League table next to Chelsea will at about 13:00 to be precise on Sunday the 21st of feb, 2021 stay home at the London Stadium to receiveTottenham.

Source
I wonder what these Saturday and Sunday matches has in fold for these teams but i wish them all the best in their fight for the title.