This is my first post on Sportstalk platform. Its wonderful platform and i feel i must thank @patrickulrich for creating the same and @cryptoandcoffee for promoting it on hive.

Background
I am a global citizen, I love to travel and explore the world. Some time back before the pandemic i had the opportunity to visit Indonesia. On this platform i found two very popular contributors from Indonesia @razackpulo.sport and @rezoanulvibes very active.
So, i am going to narrate about a little known game which is far more popular in Indonesia.
I encountered a new game here. It is called as PENCAK SILAT. The literal translation of these Indonesian words is Martial Arts. 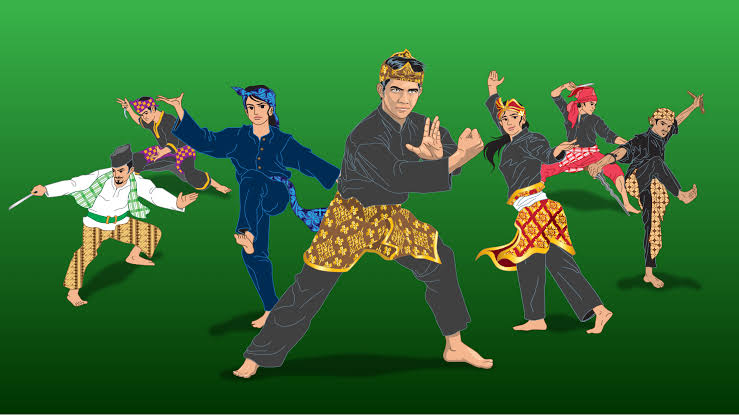 Otherwise its the game of skills but there is armed segment. The armed events are performed with knives or sticks. The pointed but not sharp knives are made of metal or wood. You also need wooden sticks to play the game.Pencak silat draws heavily on the animal heritage and weapons of the past, requiring intricate footwork, stability, and hand movements in a balance of offensive and defensive movements

What are the categories of Pencak Silat?

Tanding
In this form of the game two teams send out one representative each to engage in a bout with each other; opponents have to abide by strict rules regarding stance, movement patterns and permitted attacking areas.

Ganda
This is the most important round which need knives and sticks.
Two teams perform armed combat in this three minute round.

Regu
Here instead of fighting with opposition, three members of same team perform the event.

How are the points awarded?
Points are awarded to players based on their performance in self-defence, attack, stamina, endurance, fighting spirit, techniques and synchronisation, among other professional technicalities.

Inclusion in Asian Games
In fact, in 1980, Indonesia, Singapore, Malaysia and Brunei established an international organisation for martial arts federations from various countries called the Persekutuan Pencak Silat Antara Bangsa (Persilat). Even India practices thee game now. Uko Uwais and Arif Rahman are the legendary Penack Silat players.
Penack Silat appeals the larger audience because of its music. In addition to being a martial arts style its also practiced as folk dance style.

Welcome to @sportstalksocial and thank you for sharing!

Thank you for the encouragement

Good to see you do your first post and welcome. There seems to be many sports like this that we have no clue about and it is interesting to read up about them.

Thank you for a big vote