As It Stands, Either Leicester Or Liverpool Won't Make Top 4 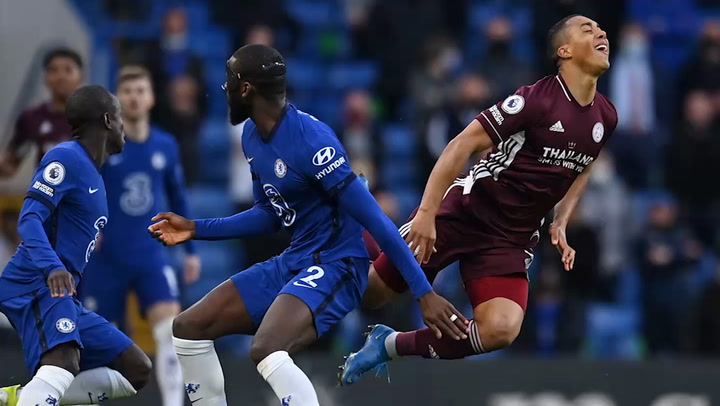 As much as tonight's result ended in favour of Chelsea, I earnestly want to see Leicester City in next season's Champions League but it's such a pity that that dream of Leicester participating in next season's UCL has almost been shattered by Chelsea tonight

Anyway I won't write off Leicester just yet as football is always full of surprises. At least we watched how relegated West Brom gave Liverpool a run for their money during the past weekend and if not for the narrow escape victory that happened in the last minute of the game, Liverpool would have bided farewell to participating in the next UCL

Still on the top 4 race, another most needed win for Liverpool is the game against Burney tomorrow and a win will give them a more solid ground to be a month top 4. If they win tomorrow they will be sitting in the 4th position, pushing Leicester to 5th position while the last game of the season will play a huge part for both Chelsea, Leicester and Liverpool 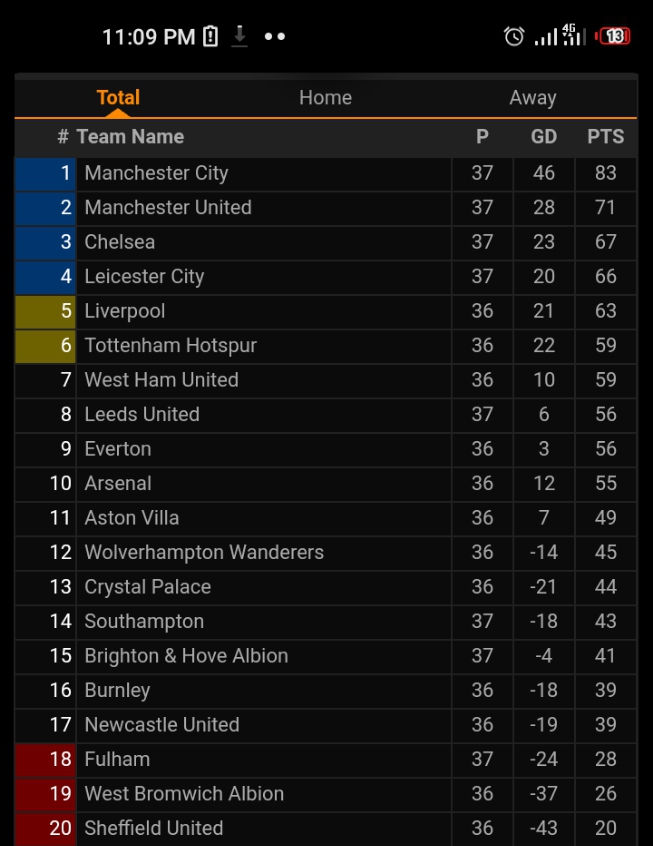 The EPL is really getting exciting in this concluding part of the season especially when the top 4 battle, and as it stands, Chelsea have almost escaped given that they are playing their last game against Aston Villa who have nothing they are fighting for, but the real battle is between Leicester and Liverpool and one of them won't it make top 4 but I'm guess it's going to be Leicester City

I do not think Chelsea is out of the clear yet. They need the next win to cement the position. So far it is 40% clear. Leicester won FA CUP so they are happy.
Liverpool is coming hot and if one of them(Liverpool) lose Chelsea can rest all starters before the UCL.

What if Leicester and Liverpool end up with the same points? What's the rule for Premier League on this?

There was 4 games left and all with TOP priority. For the season to be successful, they needed to win all of those. Or at least 3 of them. They already lost FA cup finals - which was I think the least priority. Because no one knows, what the Champions league final result will be, they must beat Aston Villa. But according to yesterdays performance, that shouldn't be a big challenge. But as we all know, the last step is the most difficult.