Is This The Funniest Football Bant Image To Troll Chelsea? 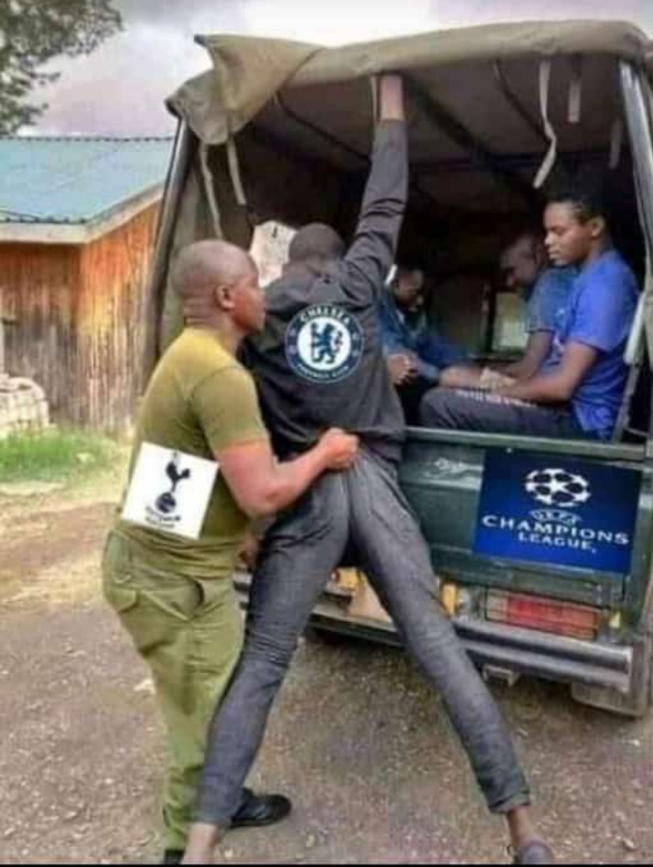 Following yesterday's final EPL game, Chelsea would have missed out in participating in the next UCL after losing 2-1 to Aston Vila but they were lucky Tottenham defeated Leicester City to make it to Europa league. In other words, Tottenham were the ones that to their rescue because if Leicester City had won the game Chelsea would be participating in Europa instead of UCL

Since yesterday, this troll image has saturated the whole Nigeria with different hilarious captions just to troll Chelsea fans

The image actually described how Tottenham lifted Chelsea to UCL while others--Man City, Man U and Liverpool were already in the bus hoping to take off😂