Liverpool At Their Lowest Ebb Looking back at how Liverpool were ruthless last season destroying nearly every team both home and away and how they boasted so much about their unbeaten run at Anfield, it looks like their shine has finally come to an end as things are currently not in their favour

Last season which was their season, Liverpool fans taunted Manchester United when they struggled with injuries. Pogba who was out for almost the whole season with martial also missing more than 12 games; Rashford missing more than 10 games and were stuck with Lingard and Pereira, but now, Liverpool is now in the same dilemma

In football, when things are going well, the coach receives praises but when things are going south the coach receives the larger part of the blame. Now that Liverpool are at their lowest ebb as a result of the injury problems that hit them real hard, some people are already laying blames on Klopp that he should cope with it after all Manchester City and Manchester United suffered the same fate in the previous season and were still able to finish top four 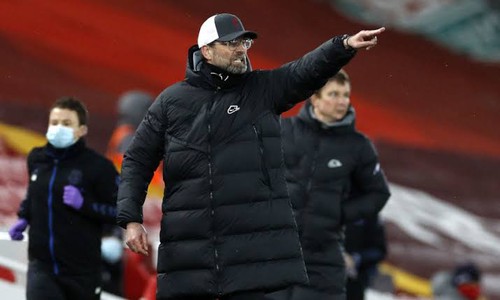 Their problems persist as the EPL this season is already a lost battle for them. The only thing they are fighting for is to at least be among the top four. Their backline has been in shambles since their key defender Virgil has been out injured for a long time and so is Gomez, and are making use of Henderson as a defender along with different options.