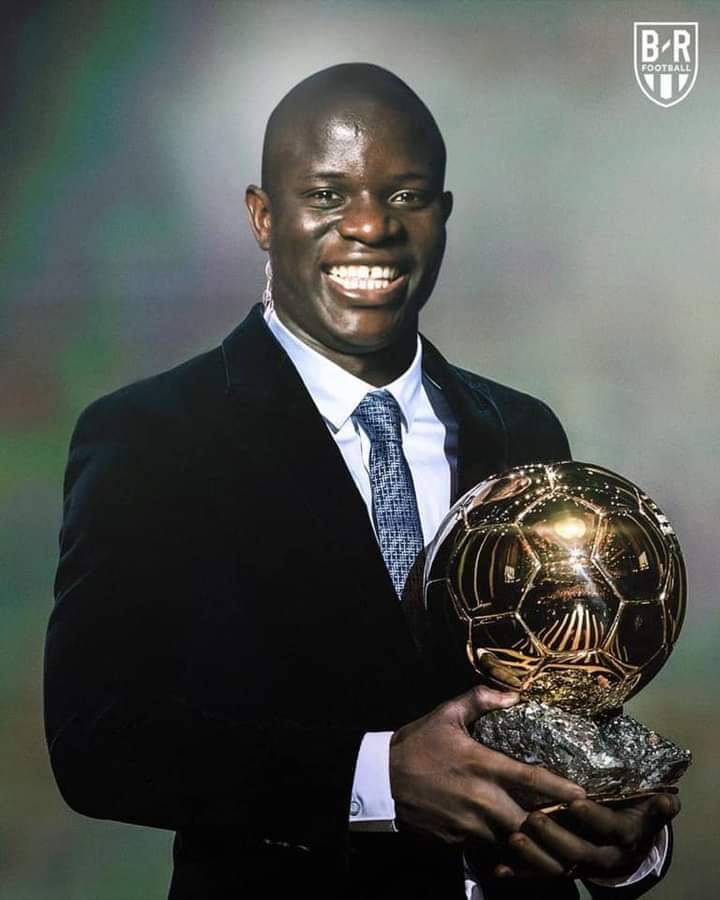 This isn't the first or second time I have overheard Chelsea fans arguing that Kante deserves balon d'Or for his performance this season. I also read it somewhere today that Ngolo Kante is the most underrated player in football and that he deserves to be crowned world best this season

Barring all sentiments, the thing is this, Ngolo Kante performed incredibly well this season and he was the power house that it possible for Chelsea to be 2020-2021 UCL champions but unfortunately so many factors would work against Kante other than his color, brand marketability, and his position as a player and that’s why goal scorers will always have upper edge when it comes to these awards

If it was just by UCL performance only then the likes of Van Dijk, Schneider, Iniesta and Xavi would have won it because they won UCL and still added a few more trophies to it. Remember VVD performed incredibly well back then and won UCL but despite all the noises and prediction that he would be crowed world best, did he win it? What about Schneider who won all trophies with inter and finished 2nd in World Cup, did he also win it? Remember Ribery even performed more than Kante back then by winning all trophies. Did he also win it? What about Neur who won World Cup with Germany and also won all trophies with Bayern. Did he win it?

Kante just won the UCL with a good performance and the blues are already demanding that balon d'Or should be handed to win. No I don't think he will come close to winning it unless maybe he wins Euro

Let for me, I think Messi would still be crowned the next world best player (yes call me a sentimental Messi fan 😉) unless Cristiano Ronaldo, and Mbappe are able to put a strong performance in Euro next month

I share in your opinion, he's a great player so underrated...

IS he always smiling that way ?
All I know before he wins that trophy
a lot he has to do in Europe.

Even me am suprised ooo

Hey @tosyne2much, here is a little bit of BEER from @pouchon for you. Enjoy it!

I agree completely. A great season and he gave a masterclass in the Champions League final

He totally deserves it, he is a great player for sure.

I agree, Euro will be crucial. Kante is a wonderful player that would play in the starting 11 in every team in the world. However I think Balon d'Or is only deserved by players which have a great tecnique. Kante is really GREAT but he has an average tecnique. Of course just my personal opinion

I believe N’Golo Kante deserves all the praise that has come his way in the aftermath of Chelsea’s Champions League final victory over Manchester City.

However ,France international produced a stunning Man of the Match performance at the Estadio do Dragao in Porto to nullify Pep Guardiola’s revered Premier League champions.

Definitely,Ngolo Kante deserve to win the prestigious award taken team settlement aside,his performance over the course of year as granted him the chance to win the award,I belong to the team Kante for the award too.

His display at the champions league was really outstanding. If France can progress to at least the semi final of the euros. The balon d'or will likely be his