Did you know, apart from being known as spices, rhizome-shaped plants can actually be used as traditional medicinal ingredients or herbs, not only in rural areas, the ingredients of rhizome plants have now begun to be in demand by urban communities.

The following are some types of rhizome plants that are often used as herbal medicines in everyday life.

Ginger tinsel, a plant originating from Southeast Asia, is not only often used as a cooking ingredient, but can also be used as medicine for alternative medicine. The efficacy of ginger is believed to be able to overcome digestive problems because the phenolic content in ginger is considered to be able to relieve symptoms of irritation, digestive tract and help the movement of food and germs during digestion.

Ginger can also be used to warm the body, strengthen the stomach and even cure chest tightness, then there is turmeric, this cooking spice is often used to color food, the active ingredients contained in turmeric such as curcumin, essential oils, sabinene and dyes, alkaloids, curcumin are claimed to be efficacious helps cleanse the digestive organs, heal nasal congestion, tonsils and lowers blood pressure for women, this yellow rhizome is also considered effective in overcoming pain due to menstruation.

Next is kencur, in addition to functioning as a kitchen spice, kencur also has many health benefits, the benefits of this kencur not only come from the rhizome or rhizome but also from the leaves. 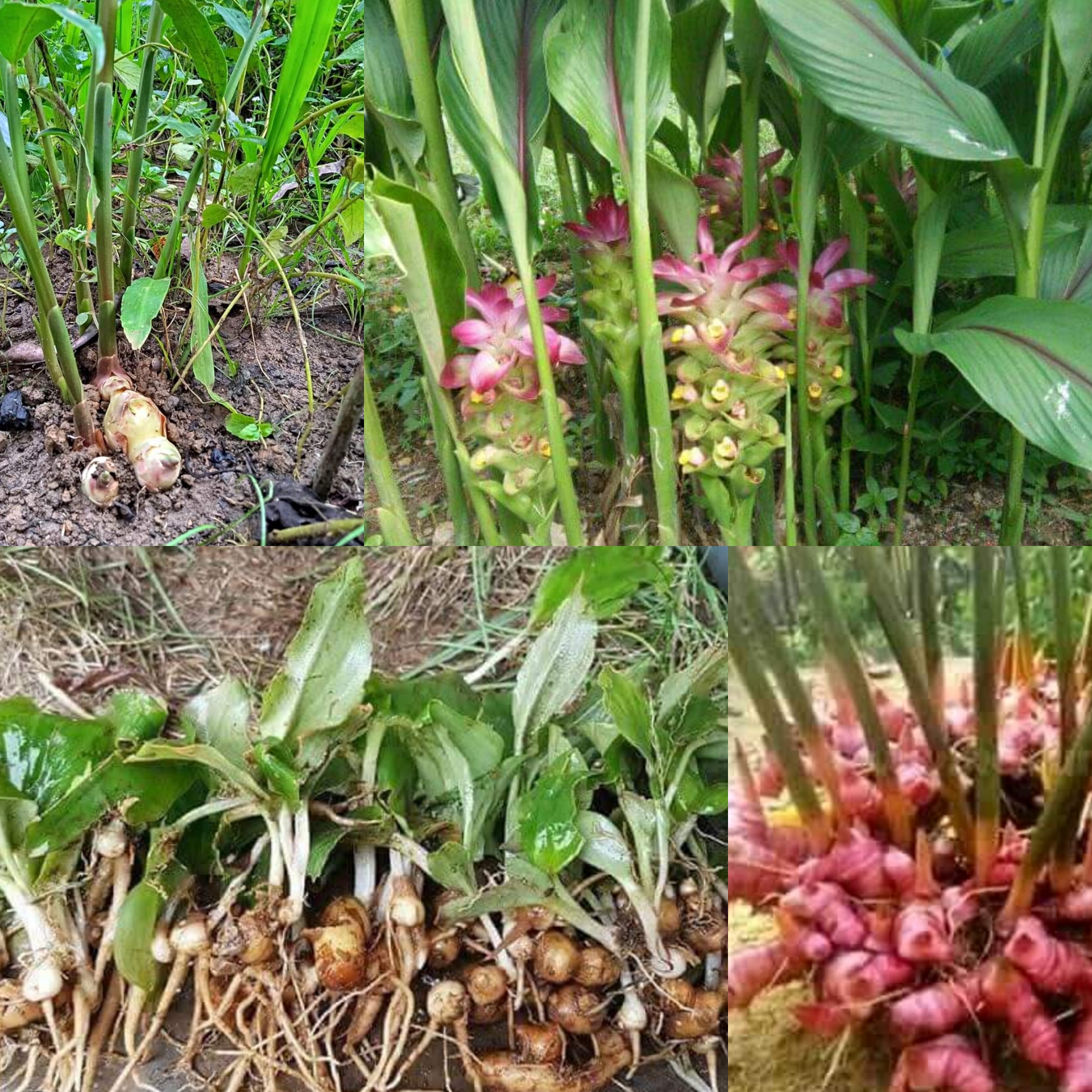 Mineral content such as cineol, salty acid alkaloids and sinamic allegedly efficacious to treat colds, toothache and increase endurance, not only that, but kencur also has extraordinary benefits for beauty. The kencur plant has long been considered capable of preventing and treating acne on the face, especially for teenagers who are experiencing adolescence.

The rhizome plant which is no less effective is temulawak, the Sundanese people usually call it by the name koneng gede, while in Madura it is called temulawak. Temulawak itself is a type of rhizome that is often used as a medicine for jaundice, diarrhea, ulcers, flatulence and aches, but of the many benefits of ginger, there is one benefit that has long been believed to be from this root-like plant, which is to increase appetite.

The last rhizome plant on our list is galangal, this rhizome plant besides being often used as a cooking spice also has many benefits.

Galangal is considered to have properties to prevent and treat various diseases such as skin diseases, headaches, chest pain and even tumors and cancer. Uniquely, this plant called Alpina galanga has also long been believed to be able to improve the quality of male sperm, so it is often recommended for consumption.

Those who have problems with fertility, there are various types of rhizome plants that are beneficial for their great health besides being useful, all of them grow in Indonesia and the prices are relatively affordable.