Human versus Bot – The machine revolution in Splinterlands

marianaemilia in Splinterlands • 3 months ago

There is always a lot of discussion about the issue of bots in Splinterlands. 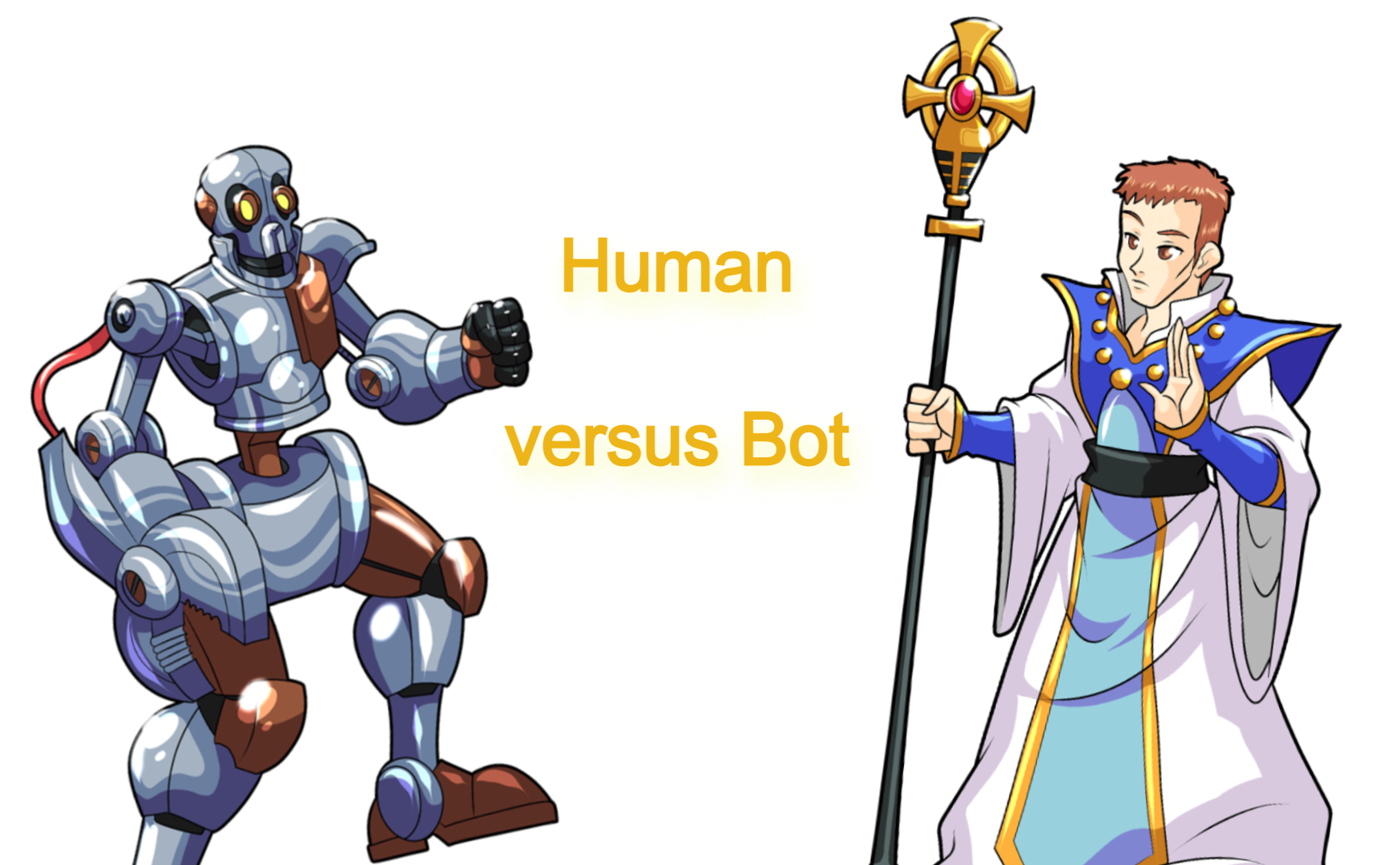 Some people are for it, others against it, there is a positive function of bots to give liquidity to the game so that we don't have to wait long to find an opponent.

On the other hand, in many ways, the profusion of bots can damage the game's economy and several measures have already been taken by the developers to mitigate this problem.

But it is not about all this controversy that I want to talk about today, but about the combat between bots and humans in practice, in battles.

For the time being, to our delight, the Splinterlands bots don't play very well and we humans still have a facility to beat them. But not for a long time?

One thing that is very clear to me is that in all types of games, the tendency is for engines, the computer software, to become superior to the best humans.

I believe this is not a possibility, but a certainty, we just do not yet know the exact time for bots to fully dominate humans in a specific game.

In 1997 a supercomputer, which occupied the space of a room, called Deep Blue created by IBM, defeat the world chess champion, Garry Kasparov, losing a few games. Since then artificial intelligence has evolved frighteningly and currently, software on a simple Pendrive can easily beat the world chess champion.

The advantages of the machine are many, in addition to the infinitely superior calculation capacity, it does not get tiring, it can play hours and hours without any change in its performance, it does not go through the ups and downs inherent to a human, such as fatigue problems, and state emotional and psychological.

Also Go, the Chinese chess, a game in which humans until recently had a great advantage against machines for requiring a non-linear way of thinking, is currently also being dominated by engines.

At the moment the baton is with Google DeepMind the artificial intelligence department of Google, which created the AlphaGo software.

Lee started by losing the first three games, and in the third, the machine was able to do a movement at first sight simple but so creative that it eliminated Lee's chances of victory. 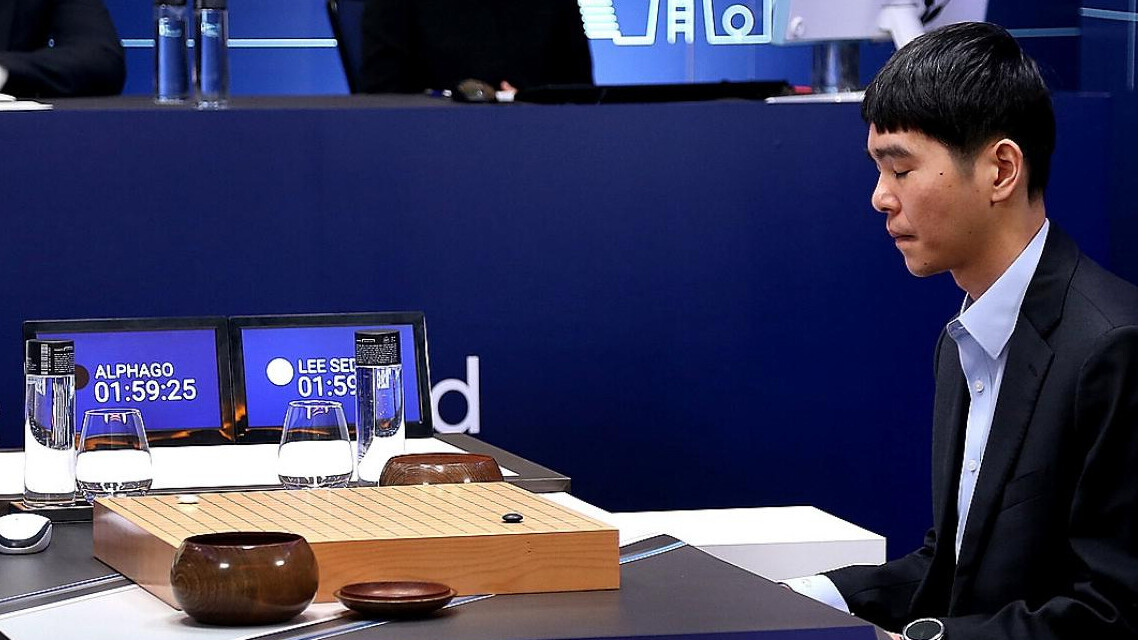 According to experts, this movement, which was the 37th in the game, has the possibility of 1 in 10,000 to be carried out by a human.

Lee starts the 4th match determined to regain his pride and that of his millions of fans. However, everything pointed to another defeat.

After 30 minutes of reflection, Lee made a movement so unusual, beautiful, amazing and effective, that it was later called "Touch of God".

After Lee's move 78, AlphaGo responds inconsistently, and, for the first time, Lee manages to emerge victorious against the machine.

His move also has a 1 in 10,000 chance of being played by a human, but this would also be his last victory, after which the frustrated champion decided to retire.

To learn more about this confrontation, I recommend watching the AlphaGo movie on Netflix.

Since then, the developers of Google DeepMind have created a new version of the software, AlphaGo Zero, which only needed 70 hours of training playing against itself to play at a superhuman level, and start making plays "never before seen".

For now, its only limitation is its requirement for fixed rules.

The software is not able to do well in situations where the input data is random and changeable.

That is, their superhuman abilities are restricted to games that have a set of fixed rules and that do not change.

Now, so going back to our beloved Splinterlands, what will happen when the software of this caliber starts playing it?

Will we only have machines in the TOP 100?

What will be the solutions? ban bots? A separate league just for bots?

Please leave your opinion to enrich this fascinating discussion...

We might have to come full circle, and play across the table again :)

good thing that this AI from Google has not arrived here yet :)

Nice post!
Tbh i saw something like this while playing Hearthstone. Bots used to be very trash there,and some people only used them to farm gold playing many games everyday.
But, someone updated the software making it stronger. Most ppl that i knew that used this bot, easily reached Legend rank (Higher rank in the game) in some days, while playing manually would take more time.
The point is, farming with bots is such easier! You can get more treasures with less time. ON the other hand, less people playing and more time waiting for a battle.

Yeah! I am not against bots, but for example in chess there is currently a world championship only between bots which is much more fair.

That is, their superhuman abilities are restricted to games that have a set of fixed rules and that do not change.

edit: Dont think i'm gunna get any smarter so i pick changing the rule bit

yes, when new sets of rules appear, bots take a while to adapt, already some protection for us. ;)

I'm for banning bots. Let the humans play and have fun.

For me it would be interesting it was separate, just like world championship of engines in chess, we could have a league just for bots, a competition just between them to see which is the best bot

Keeping them separate would be good. Find out who can make the best playing bot.

I am not a Fan of BOTS and I think in the Future it will just make me Play the Game Less and Less. I seem to Play the same BOTS everyday and from now On I am just going to Surrender the Match. If This does not get addressed over the next 6 Months I could see myself just selling all my Cards and Moving On. I Guess that would be Extreme but what is the point when 75% of my matches are BOTS ??

Yeah! It's a little bit tedious. Bots shouldn't play against humans in my opinion, but have a league and championships just between them. Or at least that the human could enter knowing that he wants to face the bots to challenge himself. In this case it would be fascinating to see which are the best bot developers and how the artificial intelligence improves.

I do know One Thing @marianaemilia The BOTS cannot Share any !LUV, That is what makes us Human......... Enjoy Your First Saturday in May, Horses actually Race in Kentucky Today............ No BOT Horse Racing !!

In the gold and silver leagues, it's nearly always a long wait for a match, despite the bots. It's not fun and makes doing the daily challenge a marathon. Perhaps Splinterlands should have their own phantom bot army to make sure there are plenty of opponents in each league.

Nice! @minismallholding. This would be a good solution, just like in the common video games we play against characters powered by artificial intelligence, there could be players like that created by the game. Thanks for comment.

Ahhhhh! 😱
I've always been fascinated with bots of all types.
Of course, I love their abilities to make our lives a little easier, but have also been wary of when they are doing all the things.
I know one side of this coin is 'robots do all the things so humans can relax and be creative'. However, the other side (where we are now) is simply that most humans ARE NOT creative and able to relax.
What's that saying...ah yes, "The Devil finds work with idle hands." 😎
I just don't think enough humans are 'good enough' yet to let the robots do all the things.

As for SL, I do worry about the bots here too. Same for all online games. But just goes back to people not being good. Sure, many of us want to play, but there are so many who want to just 'cheat the system' for their own gain.
What to do?
🤷-carrieallen

P.S. Thank you so much for curating SL content so we can keep this going!

Wow! @carrieallen. Very interesting your way of thinking, I hadn't thought of it that way yet.

Here, for now, it seems to be okay, but what will it be like when bots easily beat the best human, which already happens in Chess and Go.

In Splinterlands if someone starts to develop better bots, then the real problem will start, will it happen with @jacekw, the same thing that happened with Kasparov and Lee Sedol? :D