Today I bring you another Amazing Battle in our favorite crypto game... 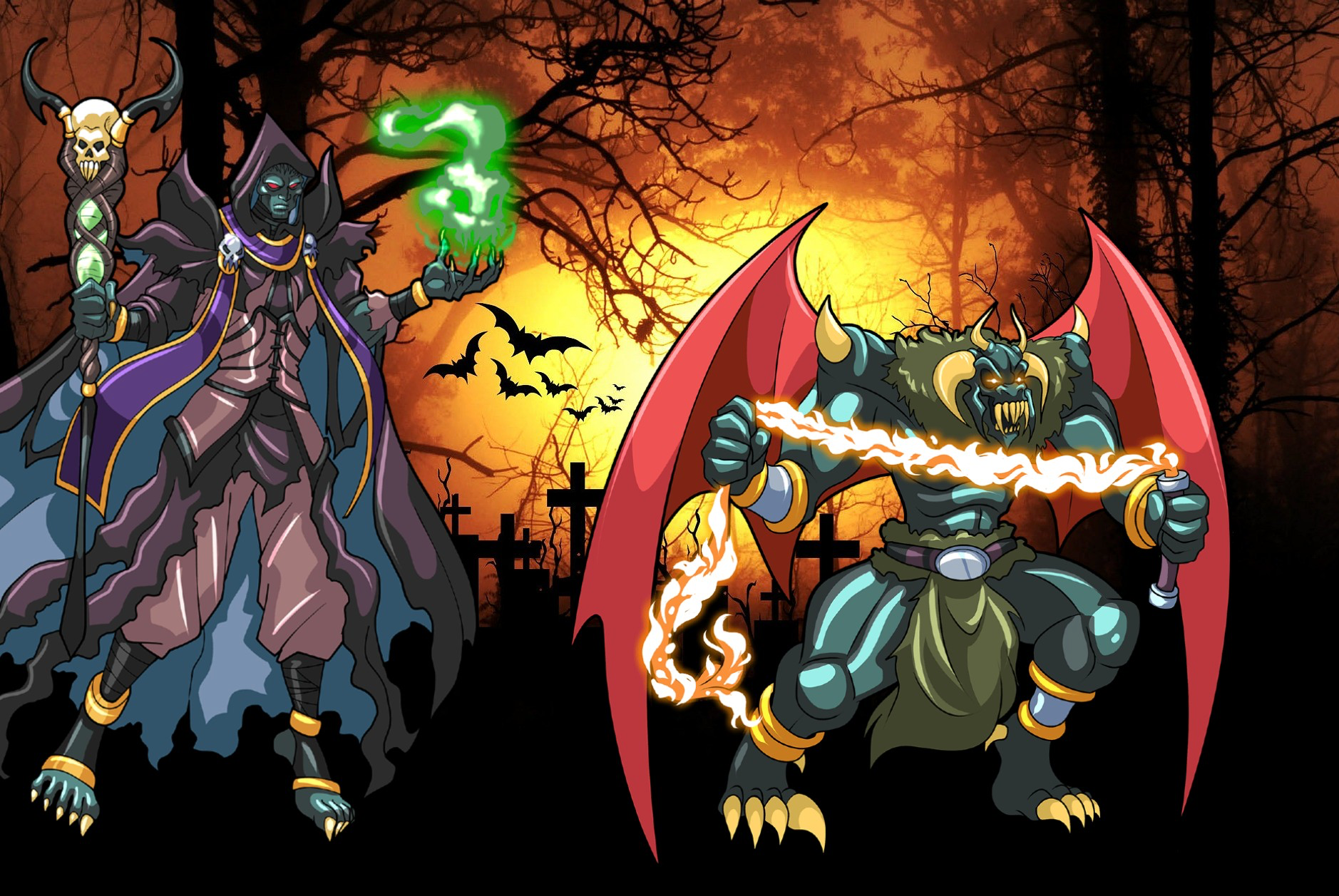 As I had said in previous posts, fights that are won by a very small difference fascinate me, especially when we see a surprising turnaround.

In Splinterlands, miracles happen, and on several occasions, you can emerge from the deep end and still win!

This was a pure melee attack card fight, all with Blast ability, thanks to the ruleset, which made everything even more spectacular, and my opponent threw a shower of sneak monsters onto the battlefield. 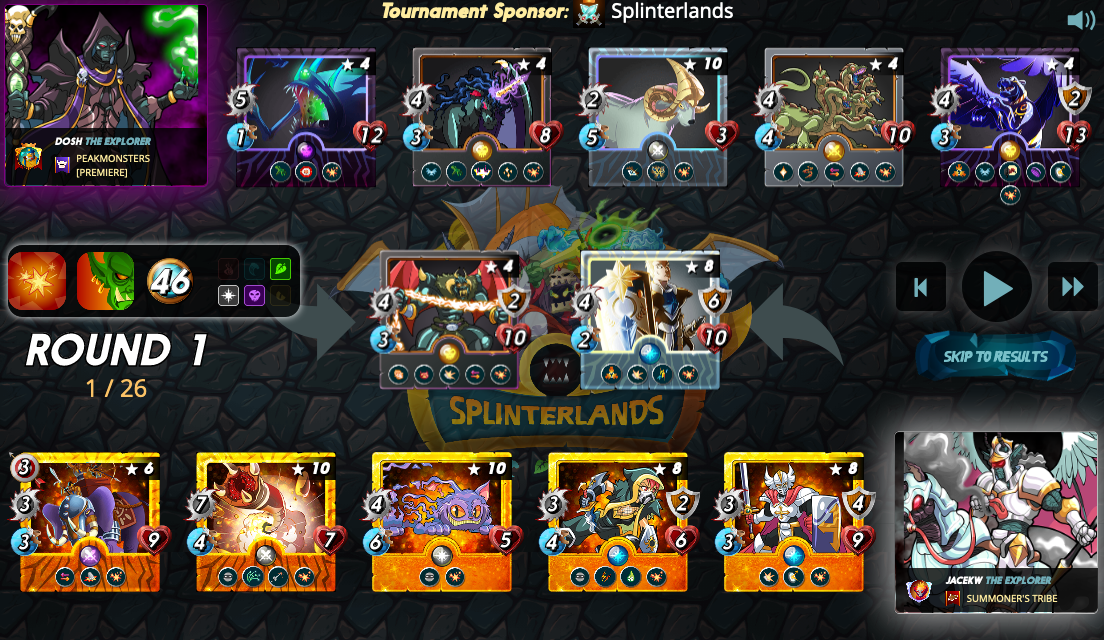 After a brutal exchange of explosive blows, there comes a time when it seems there is no more hope for me... 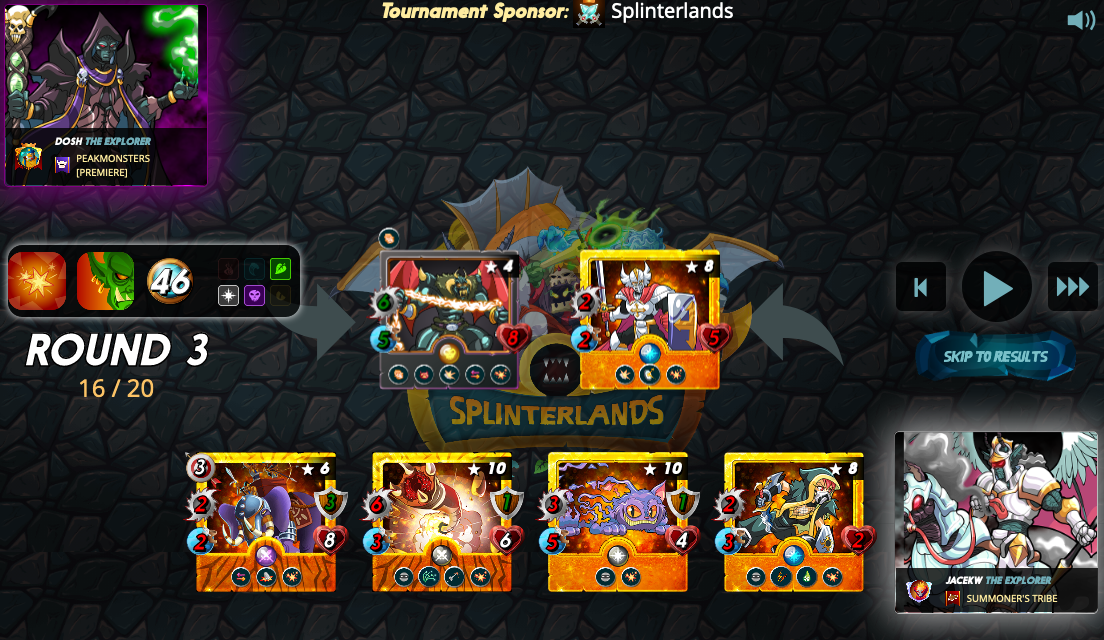 But that's when the Lord of Darkness shows all his strength, taking advantage of his excellent skills:

Has increased Melee attack and Speed when damaged.

When a Monster with Stun hits a target, it has a chance to stun the target causing it to skip its next turn.

When hit with a Melee attack, Monsters with Retaliate have a chance of attacking their attacker.


Both Enrage, Stun, and Retaliate took action decisively so the legendary Lord of Darkness could shine and emerge in glory in the grand finale.

Don't have those cards but still an amazing read.

AMAZINGGG lol i wanna get to that lvl one day

Death elemental monsters look so powerful but the positioning and abilities were not effectively utilized in battle. Despite the advantage of the life monsters, the death monster Lord of Darkness saved the match. I couldn't see that happening.

Damn that Lord of Darkness was one crazy bastard. It seems he just doesn't know how to die...Great battle.

yes, thank you, glad you liked it

@marianaemilia! This post has been manually curated by the $PIZZA Token team!