It's been over 2 years since I started playing Splinterlands, and when I looked at the value of my collection I got scared because I realized that my investments are very focused on it. It's practically all in! 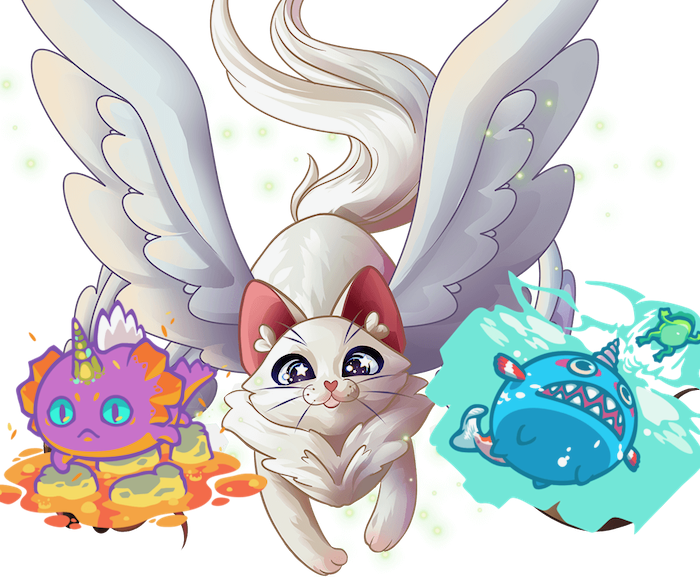 Until today I never withdraw a single cent from the game, and the nearly 10 million DEC I've won only in tournament prizes have all been reinvested by buying more cards.

Adding this to the great appreciation that these cards had (which, of course, is a great thing), I felt a little too exposed to a single type of asset, as I am a young girl still studying, and I have no other relevant investments. 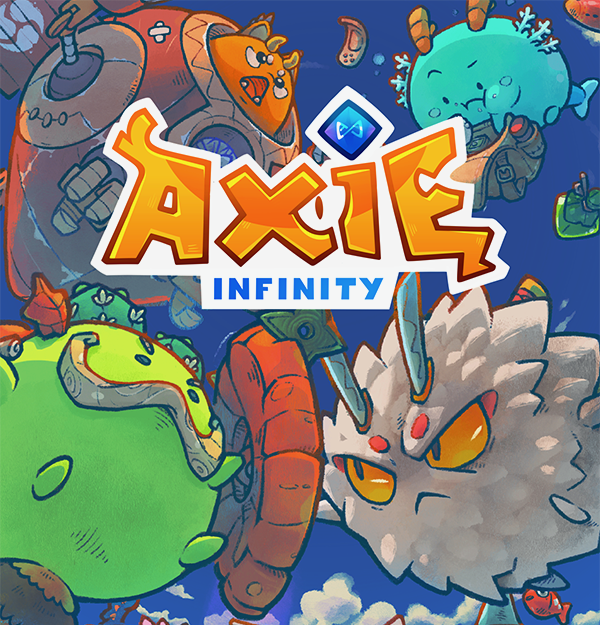 So I decided to diversify a little, even if it was another Blockchain game. After all, I have success in Splinterlands as a player, this last season I managed to establish 2 accounts in the top 10 of the Champions League, with a third and a tenth place.

I had been hearing about another game for a while that also involves strategy and the use of cards, and everyone was telling me that the game is going to grow a lot and that, like Splinterlands, it has a wonderful and visionary team of developers. 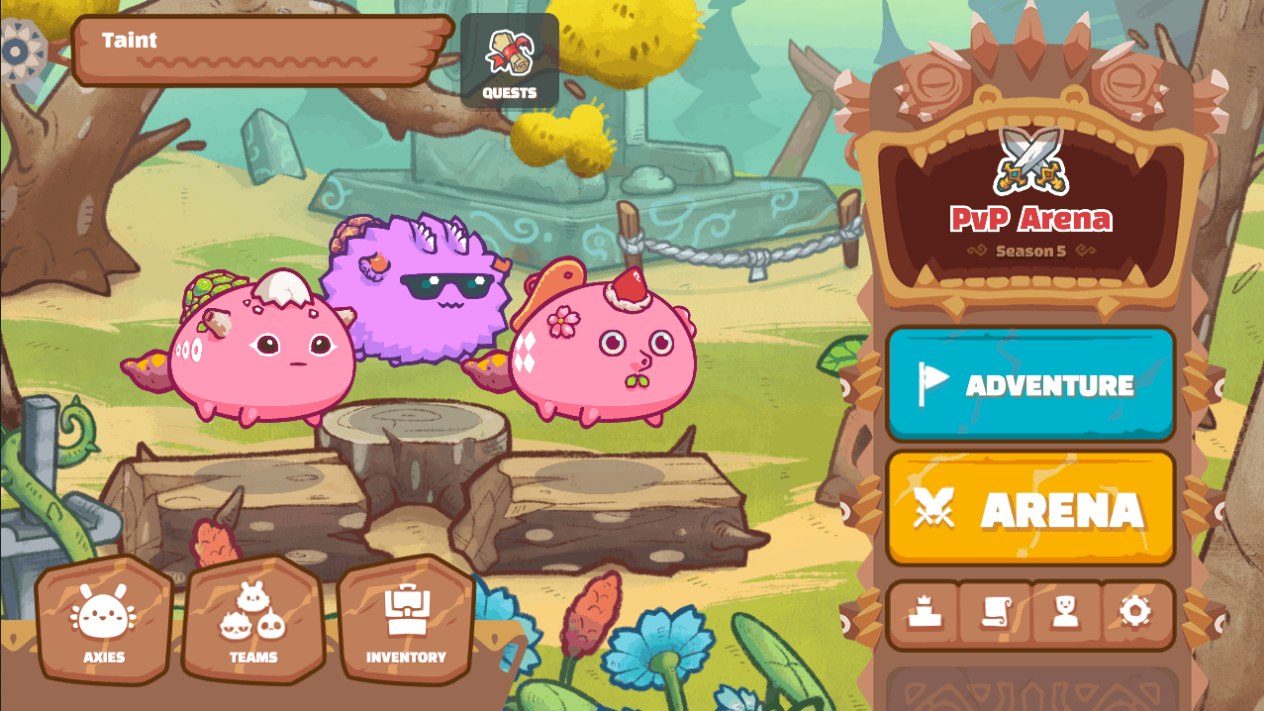 So I decided to invest in Axie an approximate amount of 2 Yodin Zaku gold foil! Although I was tempted to use this money to buy Byzantine Kitty gold foil, I controlled myself as I needed to think about diversifying a bit.

Axie Infinity is a digital pet universe where players battle, breed, and trade fantasy creatures called Axies, which in some ways resemble Pokemon.

On the other hand, we can also see some similarities with Splinterlands, since the battle system includes the use of cards per turn where the objective is to eliminate the 3 Axies from the opposing team. On each turn, you need to play your cards strategically to improve your chances of winning. 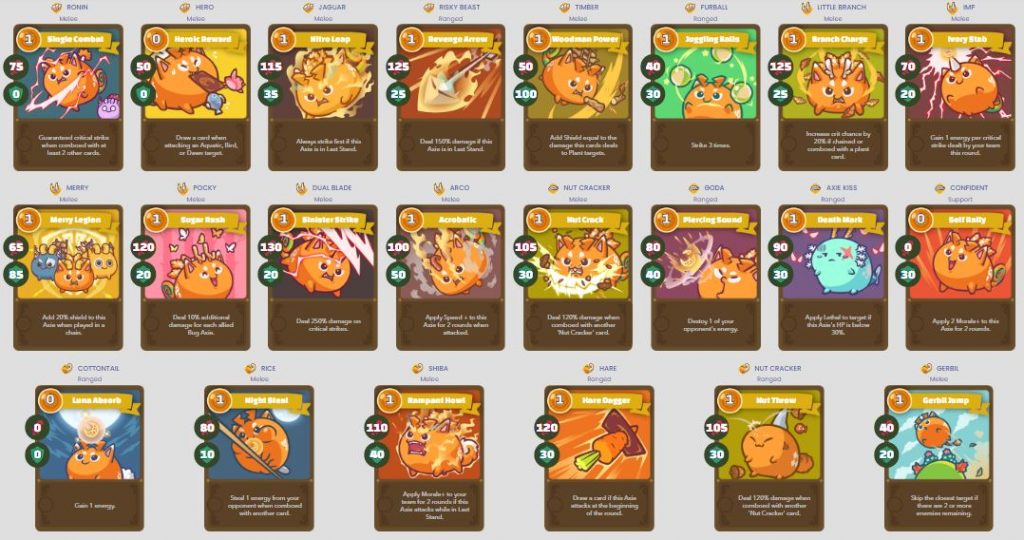 When you win battles you receive as rewards Smooth Love Potions (SLP) which are the basic token of the game that can be traded or used to create new Axies.

Axies can reproduce and raise children. These new Axies can then be used in battles, spawned again, or sold on the Market. 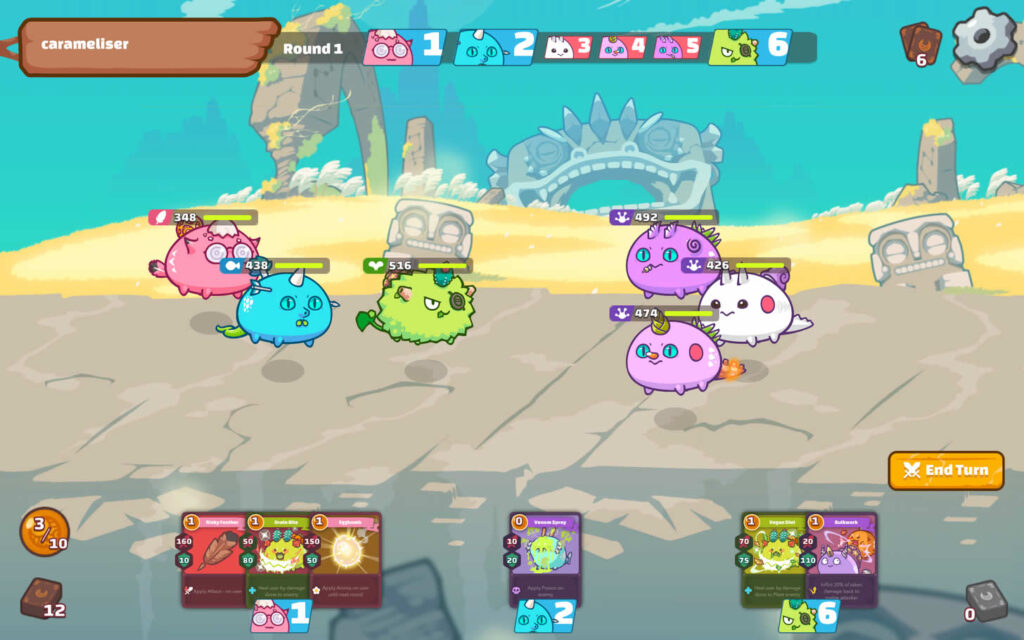 Besides battling against other players in the arena, there is the adventure mode, where you can evolve your Axies level gaining experience, facing various stages in which the player fights against different types of monsters.

The game also offers a daily quest. In both Adventure Mode and Daily Quest, you can also earn a generous amount of Smooth Love Potions (SLP). 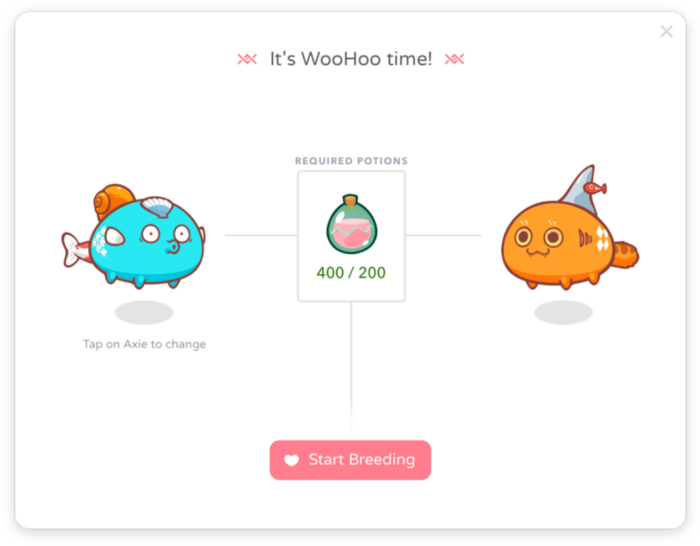 I started a few days ago and I still don't have much experience, but if I have some of the success that I have in Splinterlands, I'm sure it will be very profitable.

Well, another thing that contributed is that the Axies are very cute and fluffy, see and tell me if they're not a sweetheart?

Splinterlands is my favorite game and it will hardly stop being, I've been playing for over 2 years, and every day I wake up excited to complete my daily quest.

But as I go deeper into this new universe of Axie, I'll try to create new posts on the subject explaining more how this game works, which seems to be very interesting.

That's it for today, I wish you all good luck on the battlefield!

im looking into it aswell.

but it's really hard to pick the first 3 monsters lol.

I am also looking to get started with axie.

It's pretty cool, I just don't know how I'll have time to play, for now my brothers are playing for me in exchange for a video game. :)

thanks @marianaemilia for wonderful post, I see that entering axie is a higher expense, than entering splinterlands, but the benefit is higher, I still haven't decided whether to enter axie or not 😅. !LUV

It's a little expensive to start, you're right, about the benefit being bigger I don't know yet. We will see. :)

Just made the same move !

Nice! By the title it sounded like I was saying I was leaving Splinterlands to play another game, but it's not like that and I've corrected it.

I started a few days ago

I have a month in axie infinity, what I recommend is that you do the daily mission is 50 SLP for that and 100 SLP in the adventure is good money, the idea at the beginning is to use the energy to gain EXP in the adventure and bequeath to the level 21 at that level you can do the 100 SLP in 15 minutes and dedicate yourself to the sand, much success in this new adventure see you in lunacia

Cool, thanks so much for the tips!

I'm looking forward to hearing how you get on with this and how it compares to your Splinterlands experience.

I had a chance to get in on Day 1 but didn't take it. Probably just as well as I don't have the time for another full on game.

Do you keep your cards like you do in Splinterlands or can you lose them in battle?

Yes, it's hard for me to have time to play Axie, so at the moment my younger brothers are playing for me (it's not slave labor, they will be rewarded).

But some things I already understand, the Axies have some body parts that relate to certain types of cards, and each Axie brings with them some cards that they can use in combat.

You don't lose the cards, and you can use them depending on the amount of energy at the time of the fight.

It's not as complex and fun as Splinterlands, but it can have a high level of complexity because you need to take action every round and not just at the beginning of the battle.

my younger brothers are playing for me

What a great way for a kid to earn a bit of pocket money. They're very luck to have you for a big sister. 😍

@misterengagement 57
3 months ago
Thank you for your engagement on this post, you have recieved ENGAGE tokens.
0
0
0.000
Reply

I am looking forward to read more about your Axie experience and how it relates to Splinterlands. I am sure there is much that we can learn from Axie!

your post made me look into this game damn Maria I spent all day searching about Axie :P Xd

I am in contrast that I start playing axie infinity first then go to splinterland, though I like diversifying in many games rather than all in