When I was studying at Medical School, I saved the song in my first personal computer and I played it again almost every morning. And little by little I got all the points advised by the song.

One of the lyric I like most is ”Don't waste time on jealousy. Sometimes you're ahead, sometimes you're behind. The race is long and, in the end, it's only with yourself”. Later I found that the lyric is a quote by Mary Schmich. For me, it’s so true, I have not to be jealous of other’s achievements but I have to be motivated by them. And I have to encourage myself to get better and better everyday. I know that everything we do in life is like a race. It’s a long race, so I have to be with myself, always. I have to know what my strength and weakness. 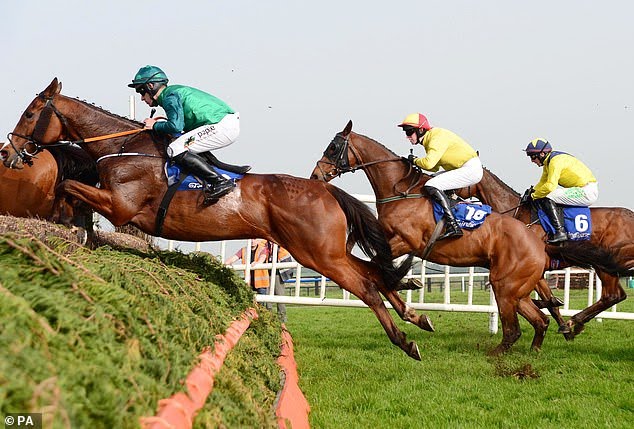 You know, at the fifth year of my study, mega earthquake and tsunami hit my province, Aceh of Indonesia in December 2004. Alhamdulillah, thanks GOD, I was safe from the disaster though I got injured. I was so doubtful if I could finish my study and become a doctor as the hospital where I practiced as a trainee doctor was collapsed since it hit by earthquake and tsunami. It needs time to make the hospital work normally.

Almost all my friends decided to finish their study at universities in other cities of Indonesia. But I decided to be a volunteer to help tsunami victims. I joined Medecines Sans Frontieres (MSF) - Belgium, based in Lamno, the most affected district in Aceh Jaya. I was being a Medical Assistant. Beside helping the expatriate doctors in treating patients at clinic and mobile clinic, I was also being as an interpreter to be a bridge for the patients telling their complaints. It was really a great experience for me, knowing many expatriate doctors, nurses, psychologists from abroad: they are from Belgium, Austria, Italy, France, Spain, Philippine, Brazil, England, Sierra Leone and even from Hongkong. And I still keep in touch with some of them until now.

You know, I was not jealous of my friends finishing their studies in other cities. Not at all! It was my life, I have to be with myself. I was really enjoyed to help my people facing their sickness, physically and mentally. Many victims having anxiety and Post Traumatic Stress Disorder (PTSD).

By joining MSF-B, I know I lost many “laps”. I was behind my friends to become a doctor. But I was ahead in having a real life experience working with many expatriates. A great field experience to help victims of a disaster.

After six months in Lamno, I got a phone call from my docent informing me that the hospital was starting to work and trainee doctors might continue their practices again. I was so excited and I informed the it to my field coordinator, Phillips, that I have to end up my voluntary works with MSF and continued my study. Finally, I was finishing my study 11 months later and become a medical doctor. Yeah, I am behind my friend in finishing the study, but I am the only one ahead to have field experience with expatiate doctors.

And since 2016 I have been a specialist doctor in Internal Medicine. I finished 5 years study at Sriwijaya University of South Sumatra, Indonesia. Yeah, the race is long, I am ahead something and behind something else. This is life, and in the end, it’s only with ourselves! 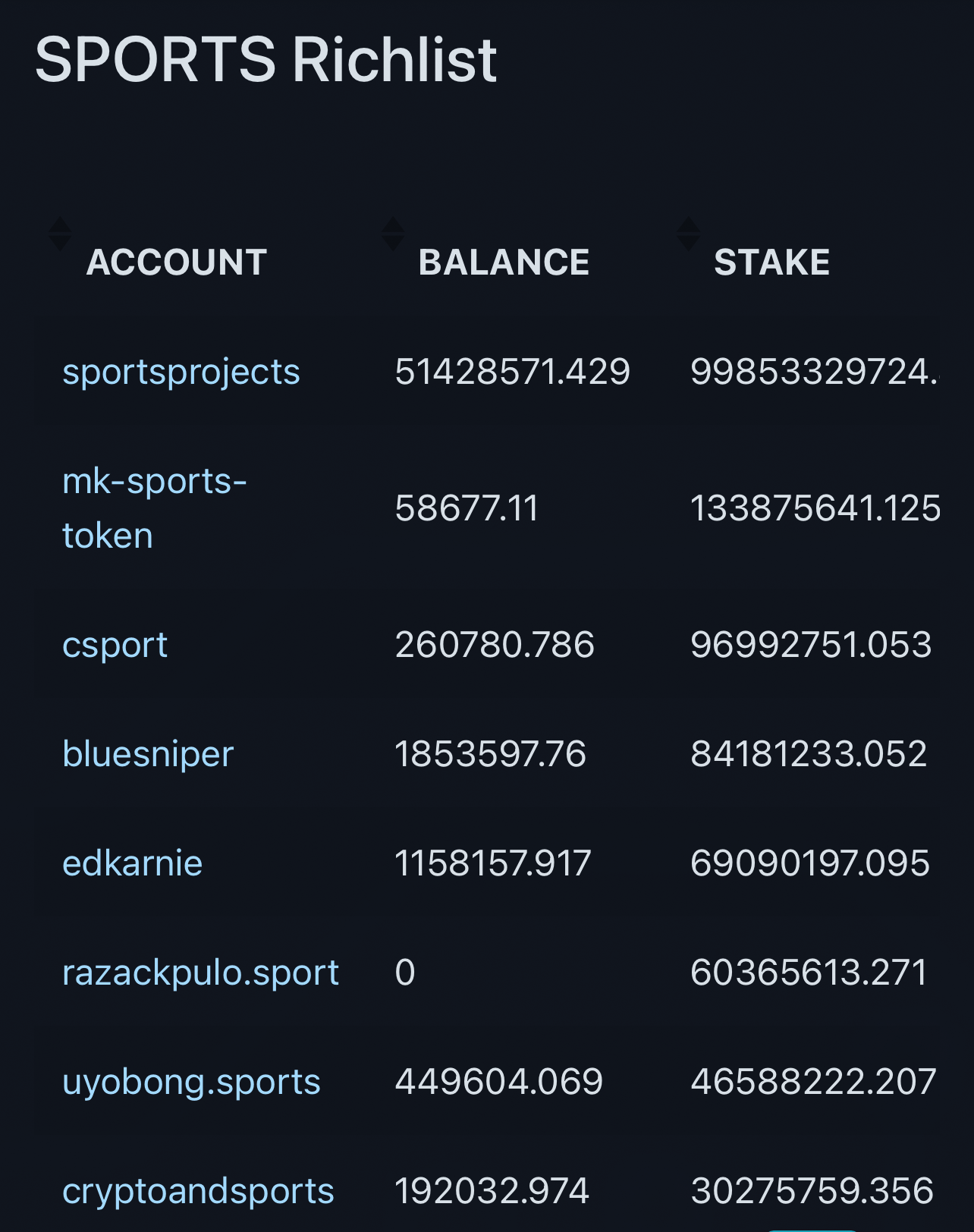 I have more than 60 million SPORTS staked on my alt account @razackpulo.sport and 8000 POB power on my POB account. By having 8k POB power, now I sit on 26th of richlist table. I am motivated by some whales like @onealfa and @scholaris. I think it’s only in my dream to reach and sit on top 5 to have 100k POB power or more. It’s really fun race, which is every Monday @interpretation release the position of richlist. It’s really fun to see our position.

While in Sportstalksocial platform, I sit on 6th position with 64 million SPORTS staked in my account. That’s really good position for me as I started joining the platform at the day 1 of launching. I might purchase more SPORTS or POB using fiat money to sit at upper position. But, I won’t do that. I like to earn SPORTS by posting and curating, then staked them. It’s an extremely fun race as well. However, I often use the profit of trading to buy the tokens.

Btw, I just read a post by @bobthebuilder2 permitting us to tag him for topics that he’s interested in. I think this post of mine as it’s about the words of wisdom and a success story too, I am pretty sure he would love it.

Wow, quite an interesting and amusing story. You are definitely a long Runner, Keep it up friend. You are a star at Sportstalksocial. Also Good to see you taking up pace in POB rich list. See you soon at 10K. 😊👍 !PIZZA

@pizzabot 52
about 1 month ago

@razack-pulo! I sent you a slice of $PIZZA on behalf of @vikbuddy.

Thank you @vikbuddy. I get used to invest in time and never give up. I am sure if we are committed to do or have something, we can do/have it. It’s like a power of belief. :)

@bobthebuilder2 60
about 1 month ago

I love it! Thank you. I know many folks who struggle with jealousy. Sometimes it's hard to see that the experiences we're going through will elevate us in different ways. I think one of the best things about the Olympics is that people are competing against the best in the world. The competition is the hardest. They don't complain. They actually welcome and appreciate it. When races are too easy, it's boring. Add comparable competition and now you've got something worth doing and watching. Congrats on your medical career!

Thank you sir. The Olympics competition is a great example of a fair game, without evident of jealousy.

That’s so true, if the races are too easy, it must be boring :)

@interpretation 59
about 1 month ago

Yeah, I joined sportstalksocial since the day 1. At first I have no idea about the tokenomic as I love football, I was thinking it’s a nice place to be in.

This is life. In real life you have to be ahead and sometimes backward.

That’s so true my friend, @looking. So, it’s so important to live gratefully. :)

Your decision brings your way. It is like playing a chest. We should be smart in deciding to step on. Great achievement bro, you will be on the rich of crypto investor.

Wow! I didn't realize you were a physician, very cool, congratulations on that achievement as well as your Hive-Engine accomplishments. Also, thanks for posting in the ASEAN Hive Community.

Yeah, I am :) As a citizen of Asean, I really love to post on our community. Thanks for creating this place for us.