Dcity: Will be able to rise like Phoenix from the ashes?

Dcity: Will be able to rise like Phoenix from the ashes?

Dcity at it's peak used to be the hottest game and was the talk of the town, It really was very nice way of making passive income by playing this game.

SIM is in game currency that is rewarded for playing the game and some top players earn the Hive rewards also if there population is top 400.

Every thing was going great and there was wait for the third edition of the game to be launched (that is getting delayed) that is supposed to make game more interesting and dynamic to play. 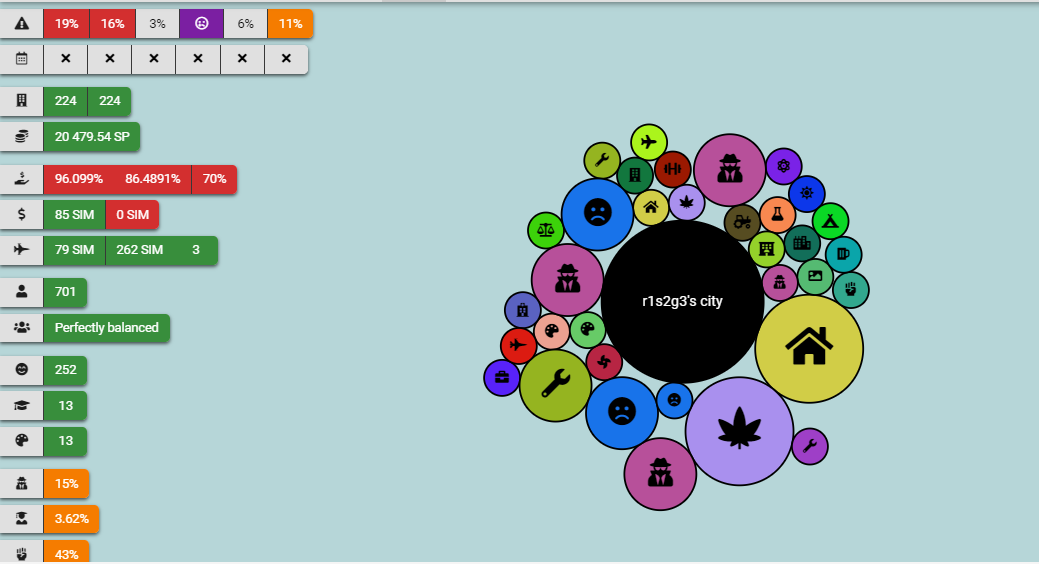 But before the third edition of game is launched , game started sign of lost interest by the players and unfortunately look like delayed launch of third edition either did not helped the game too.

SIM(in game of currency of Dcity) started to lose it value from it's soft peg of .005 Hive. As a measure to increase the SIM value, Dcity president of that time raised taxes in city and ultimately at some point of time it reached to > 100% of taxes ,causing no SIM income for most of the player. This measure did not able to increase the SIM price though it raised ire of many players.

So look like Dcity cut down the Hive rewards that might make it sustainable > 1 year in current state rewards pool even if anything not added in pool. Look like curation rewards will be able to added some sustainable amount in the rewards pool in coming days.

Is it your time to build your city?

With SIM prices are so cheap and cards value is also not that high as it is used to be in peak, you might consider to build your city. May be some exciting new feature might re kindle the interest in this game. But in current state ,I am not sure.

Since they have enough pool and fund to keep the game going for 1 year and IMO 1 year is nice time to build something new and exciting future and putting some life in game and it's token.

What I am doing?

As usual, as a champion of keep staking principle ,I am trying to keep my city in "Perfectly Balanced" state. Game keep sending me free Homeless and immigrants and I keep buying building mostly "Weed farms" to the unemployed population.

If you have some spare weed farms, I can buy two and you can contact me in Dcity Discord. My user id is r1s2g3#3383

Ahh! if you have read the whole post with no idea about Dcity then below text can explain you a little.

Dcity is a mathematical and trading game based on non-fungible tokens available on Hive-Engine. Players build their own cities with tokens representing buildings, citizens, technologies, and earn income in the form of hive (based on ranking) and SIM token (based on city income). There are also cards that players can get only from playing the game like technologies, backgrounds and prevention cards.

This is not a financial advice .I just like tp pen down my thoughts and possibilities that come into my mind.

I haven't tried dcity yet. It has only one more year to go? I shouldn't stall any longer.

If you are playing games for great ROI, then I will not say yes.
But if you like to play and experience, yes then it is perfect to loo into game as SIM is super cheap now.

It is actually not free to play game.

If it offers any ROI, it's okay.

Since I am also playing this game and have vested interest I will continue playing. However it has no longer become my favorite, nor even at the top. The massive drop in SIM price has made it difficult to see in the long run this can go higher in value. I am being honest here, the game originally was for entertainment. Yet since the introduction of 3rd edition and the new user interface it seems more like a portfolio management work than game. The bid/ask of items look more like a trading exchange than fun gaming experience. Made it a bit more confusing to go through game wise with all the new icons and info. It lost some of it touch and I am not sure how it can get it back. !LUV and !PIZZA

Dev can do make it interesting and add some active mechanics in coming days but all depend on how they will like t proceed with game. We are now mere spectator of game now.

100% of taxes ,causing no SIM income for most of the player. This measure did not able to increase the SIM price though it raised ire of many players.

Honestly, I lost some interest in this game and the reason was mainly the tax management.
A game like dcity needs new players and for me the 100% taxes were really meaningless.

Why would a new player invest in a card that produces SIM when they recover the cost of that card after 3 years?

I have the same hope as you and I hope the new features bring a change of direction otherwise this game will be short lived....
I like this game and I should have reached breakeven point a long time ago (I should check it out and maybe write a post) and I keep playing hoping that there will be a resurgence of interest from players.

0 SIM income killed interest of many players and made new onboarding impossible.