It is an honor for me to participate in the initiative of my friend @gaborockstar, where I have to tell my sports moment in history, which for me will be significant to remember in this publication, since it is an U-20 World Cup that left all of Venezuela without sleep. If you want to join from NOW!, you just have to enter this publication and read the contest rules. 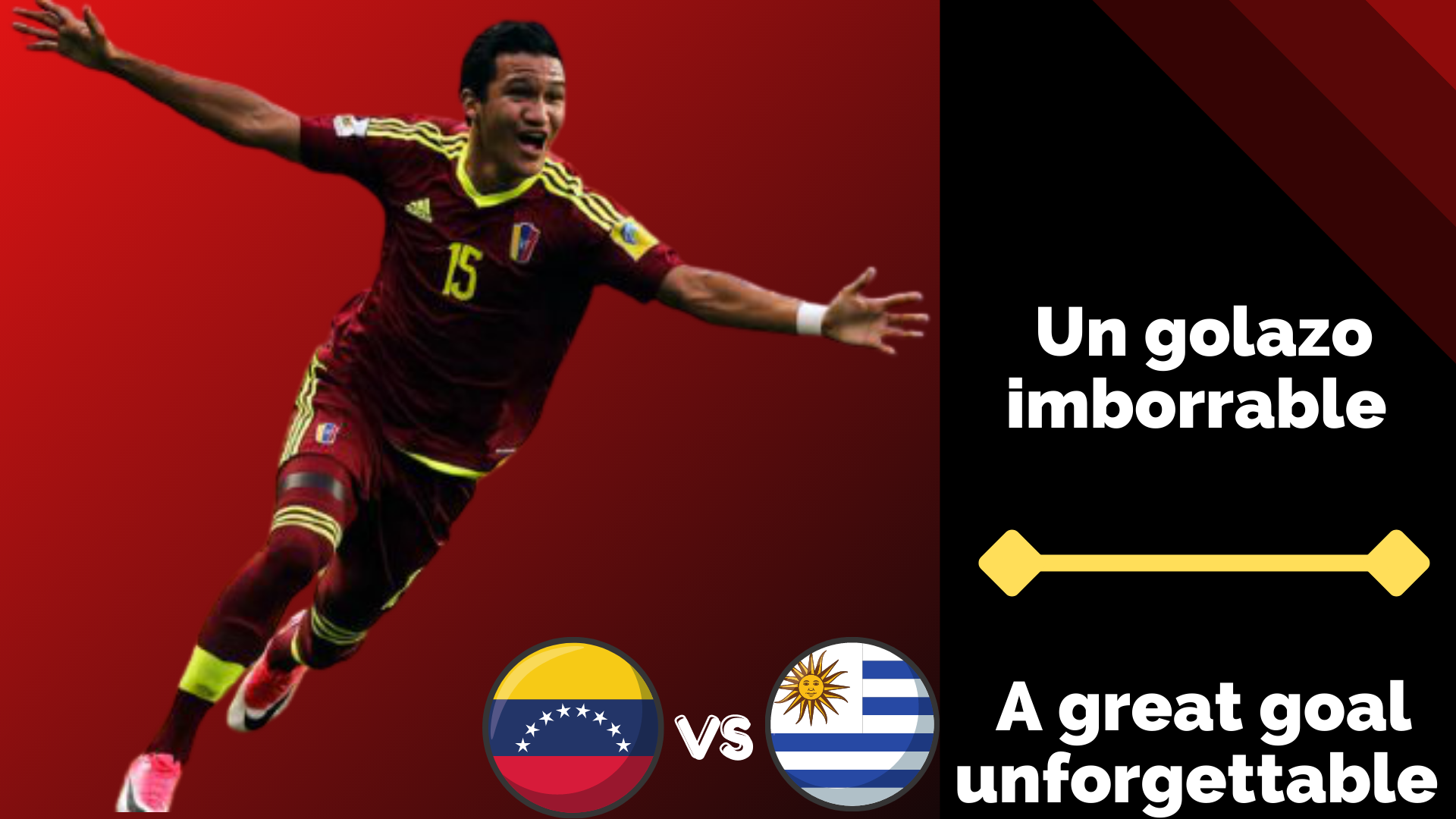 My sporting moment in history, moves to the U-20 World Cup in South Korea, which took place in 2017, where the Venezuelan national team, led at that time by coach Rafael Dudamel, would give a sample of collective and defensive game in each of the matches. The Vinotinto, was in Group B, with Germany, Mexico and Vanuatu, giving as first result the victory over the Germans by a score of two to zero, followed by the victory against Vanuatu by 7-0 and finally, one 1-0 against the Mexicans, giving it the qualification to the round of 16 of the World Cup with a perfect score of 9 units. 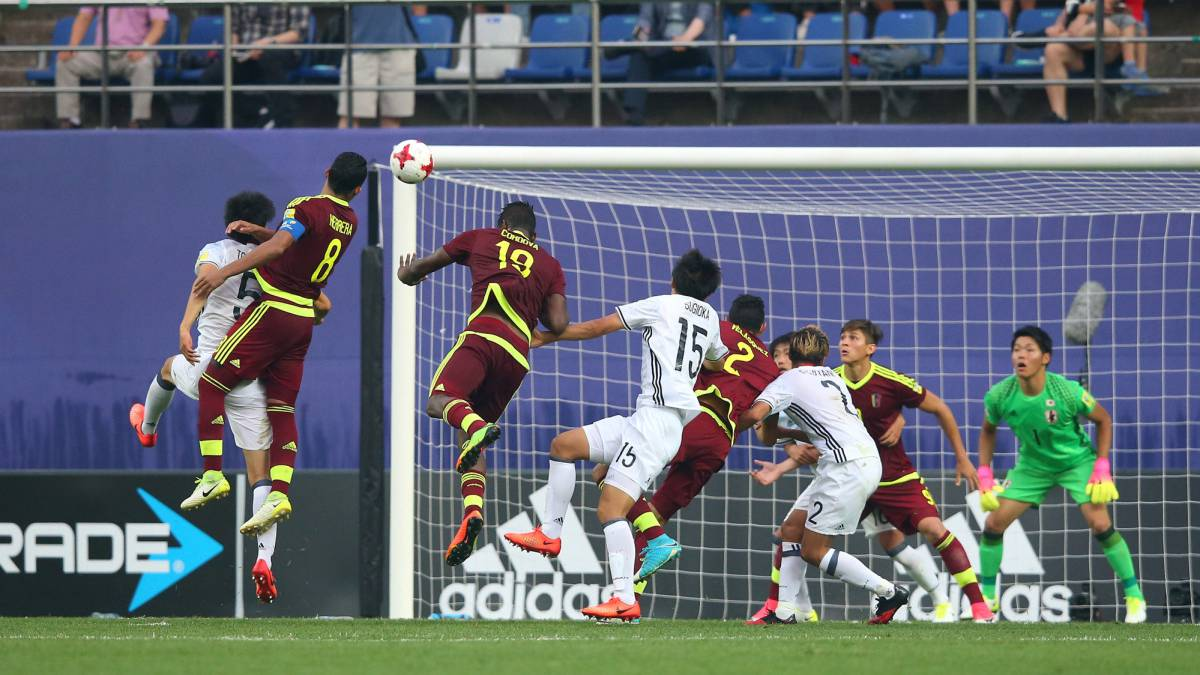 Against the Japan team

A sporting moment in history, requires on many occasions to get up early and wake up at 4:00 in the morning to watch the soccer matches. Precisely, in this U-20 World Cup this happened to me, since I had to get up at the aforementioned time to watch the matches of my beloved Venezuela, which faced Japan in the round of 16, where we would emerge victorious by a one to zero that gave us the qualification to the quarterfinals, with Yangel Herrera's goal with a header in the 108' fraction.

Likewise, in this match against the Nipponese, a certain Samuel Sosa would enter in the 120' minute to show himself and make his first interventions in the match.

Finally, the quarterfinals awaited the Vinotinto, but Which opponent would Dudamel's team have to face?

Wouldn't be easy against the U.S. team

On Sunday, June 4, 2017, the Venezuelan national team measured forces against the United States***, at the Jeonju Mundialista Stadium, in search of a place in the semifinals of the World Cup in the U-20 category, in a match that would start with great intensity in the first change, with a US team solvent in the defensive part and closing the way to the Venezuelan players, who, after trying so hard, could not score in the 90' regulatory minutes.

Likewise, the match went to extra time, with a more balanced offensive volume by Venezuela, with the constant projections and dribbles of Samuel Sosa, who came on at minute 76' for Ronaldo Peña. As extra time wore on, Dudamel's team continued to rely on their collective play, until 96' when Sosa appeared on the left side of the field, where he placed the winger Adalberto Peñaranda to give him an exquisite assist, which would end in a goal by the Vinotinto's number 7.

Samuel Sosa, became one of the best players in this match, due to his explosiveness and that virtue to take advantage of the slightest opportunity to assist his teammates. Although, with this victory, Venezuela would have to play against a team with many talented players and an immense strength in the air. Who is it?.

Uruguay vs Venezuela: who would advance to the final?

Four days later, the Venezuelan national soccer team would have to face the powerful Uruguay of Nicolás de la Cruz, Rodrigo Bentancur, Federico Valverde, among other Charrúas players who were important in this U-20 World Cup in South Korea, in 2017, playing and contributing in the Celeste midfield. Even so, the Vinotinto, knew of their immense footballing capabilities in attack, with a versatile Ronaldo Peña and a restless Adalberto Peñaranda looking to score the first goal of the match.

The minutes went by and nothing happened and the first goal of the match arrived. It seemed that due to the intensity of each play, the match would end in a goalless draw, but this was not the case, as at 49', Nicolás de la Cruz arrived to convert a controversial penalty that was added to the scoreboard.

In the last minutes, Uruguay's defensive zone became increasingly nervous, as the Venezuelans were coming closer on several occasions. Of course, without worrying, but keeping possession of the ball in a 63%, which implied in soccer terms a certain margin of danger to the goal of goalkeeper Santiago Mele, who remained solid and with good reflexes in most of the match.

Samuel Sosa and the goal that woke up Venezuela: Go Vinotinto!

And when everyone thought that Uruguay would end up winning the match by the minimum, Yangel Herrera appears in the midfield, where the Uruguayan central defender Santiago Bueno would end up fouling the Venezuelan midfielder.

To take the foul from a free kick very close to Santiago Mele's goal, there was Adalberto Peñaranda and Samuel Sosa. Who would take the shot at 90+1'?. At first, I thought it would be Peñaranda, but I was surprised how Samuel Sosa took the audacity to shoot with his left foot and put the ball where the spiders sleep (in the corner).

The happiness and the desire to cry was at its peak. And, of course, with such a great Golazo! that the player of the Deportivo Táchira Fútbol Club scored at that moment. It was worth getting up early to see my Vinotinto.

And after Sosa's great goal, came the decisive moment of the penalty kicks

With the goal scored by the young Samuel Sosa from a free kick, the match went to extra time, where absolutely nothing happened in terms of goals and everything was decided from the sudden death penalty shootout, leaving the winner the national team of Venezuela, thanks to the immense save of Wuilker Faríñez, covering an indispensable ball to the Uruguayan, Nicolás de la Cruz, who was very sorry after seeing how the Creoles celebrated the ticket to the final.

For proof of this, the happiness of Federico Rojas as he recounted Faríñez's save on the last penalty kick.

The (4-3) in the penalty shootout was a clear demonstration of not letting our guard down in the minutes. They did not lose faith and tried with the tools at their disposal, in this case, Samuel Sosa's free kick, which would end up sinking the Uruguayans into discouragement. 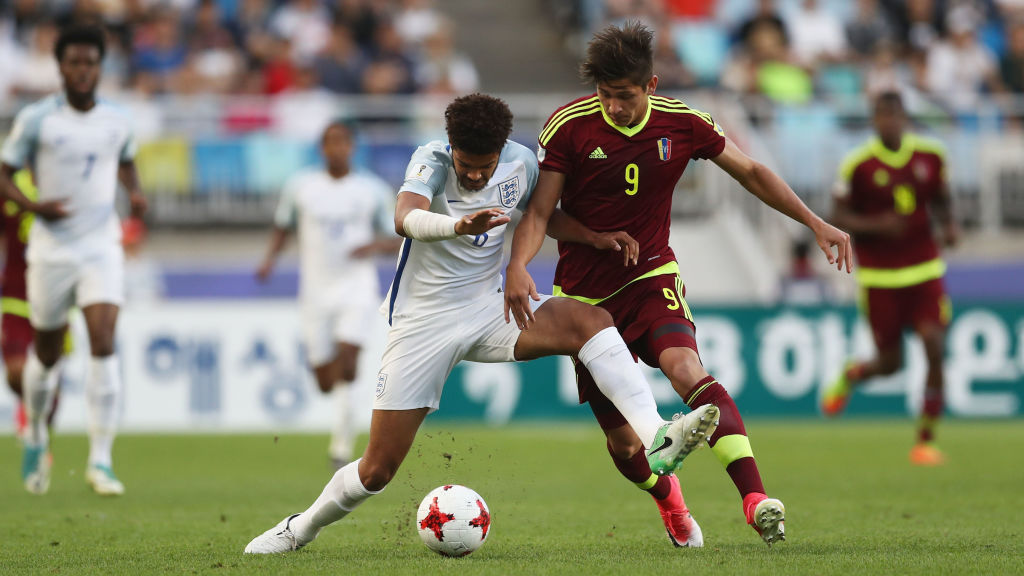 We couldn't do it against England, but for me they are champions in spite of everything

Although in the final they did not manage to win the title against their similar team England, for me Dudamel's team are champions. They showed hierarchy, attitude, concentration, humility, collective play, communication in all positions and reaction to get up in complicated moments.

I have no doubt that this is the sporting moment in history that has given me the most joy in soccer.

I hope you have enjoyed enormously this sporting moment of my history, that with a lot of love, work and information I was able to make for all of you.