Friends of this community I am pleased to share with you again an article, where I want to continue remembering the beauty of Venezuelan baseball and its winter league in the 90's, in one of my recent publications, I wanted to highlight the work of those who in my opinion were the best pitchers between the years 90 and 95, today I will try to put together a lineup, with players that I consider would have been successful to have them in the same team from the beginning of the 90's until 95. 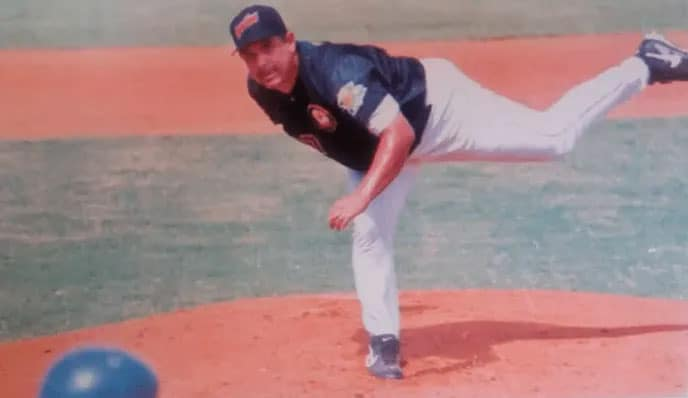 It is not easy to be a manager of a team in such a competitive league, with a roster full of good players that with their outstanding performances, put you in a difficult situation when deciding who are the right ones to play, so in this roster I chose the nine that I thought could be in the field in those years that for me were beautiful in baseball rentada.

For the number one position of the discipline which is the pitcher, I would particularly put on the mound the left-handed Wilson Alvarez, for his dominance and control on the mound, he had a powerful straight line and a curve that took the batters out of balance and also gave me a guarantee of at least 6 good innings. 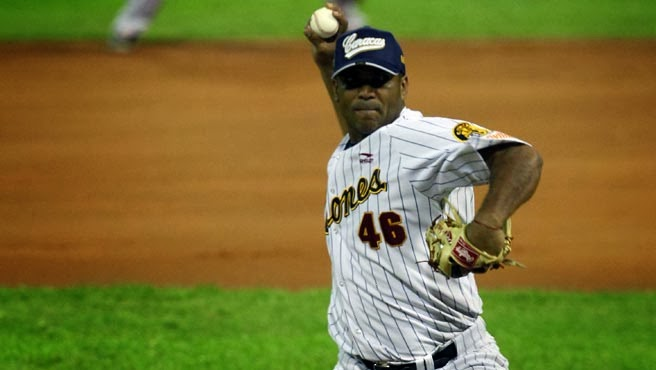 But for relief work in case Wilson did not meet the expectations in my mind I have good relievers, Antonio Castillo (Toni of the Cardinals of Lara) left-handed of great control could cover three good innings, Luis Lunar right-handed pitcher could also guarantee me two inning, Joan Lopez the eternal 00 of the leones del caracas who I could use for long and short relays, Rendi Espina left-handed pitcher for special occasions, the rest of the relief pitchers would be Julio Machado, Richard Garces, Oscar Henriquez and Ugueth Urbina pure guasaca. 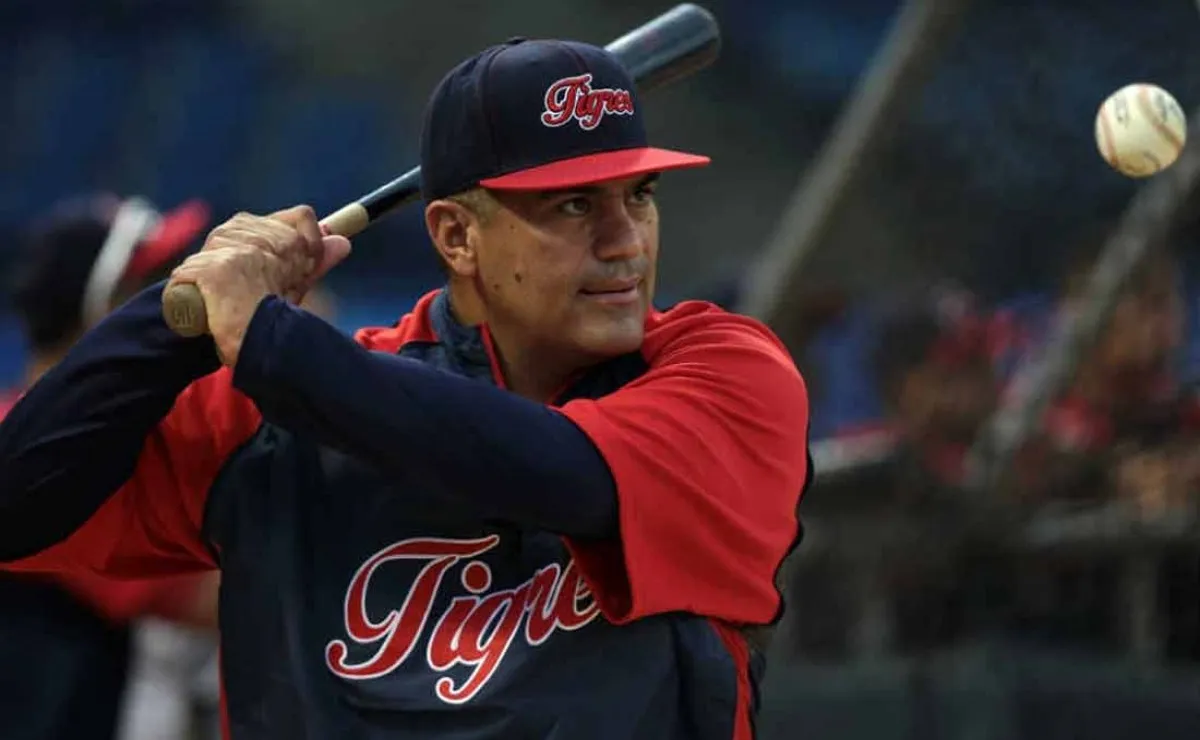 The most difficult and complex position in all of baseball is number two, a catcher must handle all 9 inning and every ball that the pitcher throws towards home play must go through his glove or pet, but a catcher must have leadership and the ability to handle pitchers, defensive qualities, a good arm to get runners out, and a good bat although many managers at that time did not have catchers with great averages.

But I would put Eduardo Perez at catcher, who met at least half of the requirements, had occasional power, oriented the pitchers, had leadership and could put him up to bat between the fifth and ninth innings.

As an alternate I would have Carlos Hernandez, catcher of the Leones del Caracas, who with his experience and qualities similar to those of Perez did not detract from his merits to be the starter of the position. I had to leave out good catchers such as Clemente Álvarez and Alex Delgado. 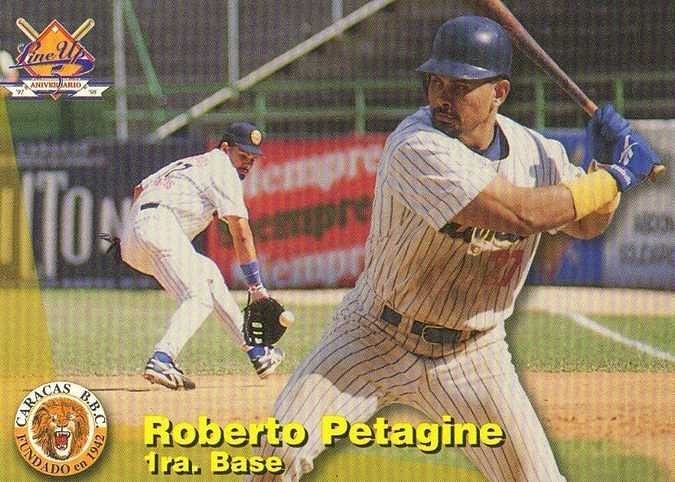 At first base I would be placing a player with good defense, height, good bat with power to get balls out, Carlos Quintana of the Águilas del Zulia would be the right one to play daily, but according to my appreciation in each game he should alternate the pad with Roberto Petagine, good left-handed bat that can come out of emergent and could be used as designated, his glove was a guarantee of security in the initial. 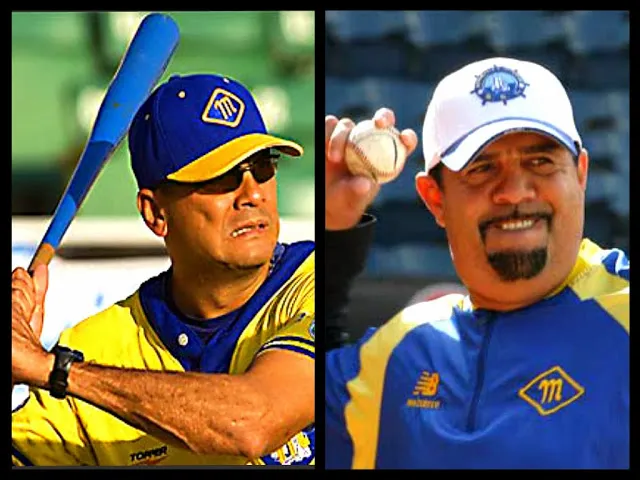 At second base without a doubt I would place the captain of the team, Luis Sojo for his leadership within the group, a bat with a good average and an impeccable defense, he had more than enough merits to be the waiter, but he would have to share the position with none other than Alvaro Espinoza who defended well, he was not an average hitter but could play at ss and third base. 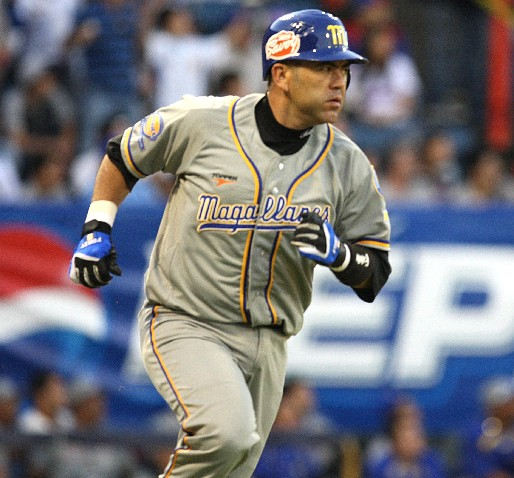 The hot corner, apart from catcher, third base is the most demanding position in all of baseball, so you have to be very careful when choosing who to put at the 5 position.

Edgardo Alfonzo was the right one to play every day, and he would have Pedro Castellanos to replace him in case of any possible injury, although the veteran could play every day.

At shortstop, Carlos García "El almirante" would be in charge of the shortstops because of his defense, and he would have another good infielder as a substitute, Cristóbal Colón, who together with Álvaro Espinoza would be two luxury substitutes. 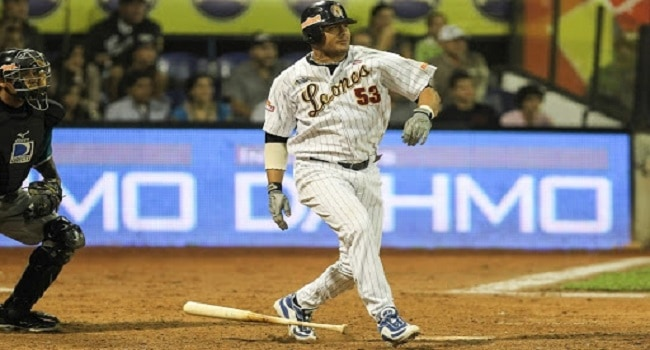 The designated Luis Raven, without a doubt. With a team like that I think we would have had the dynasty of the 90's and an invincible club if all these ball monsters performed at their highest level. 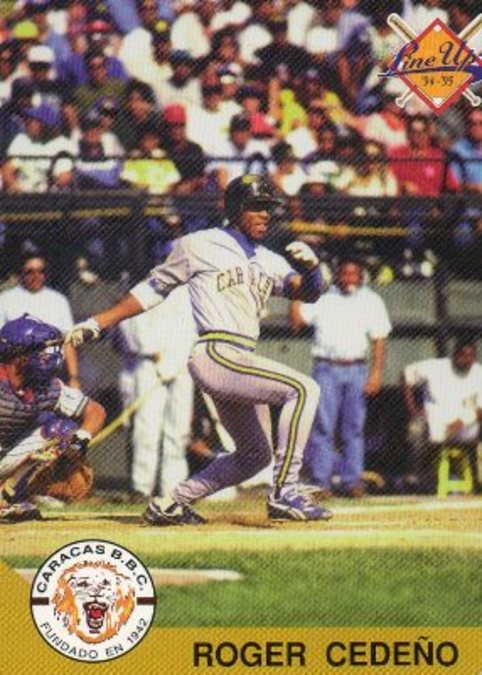 The offense, speed and power the key, because the order at bat was Roger Cedeño, Edgardo Alfonzo, Robert Pérez, Luis Raven, Bob Abreu, Luis Sojo, Carlos García, Carlos quintana and Eduardo Pérez, it seems to me that this is the ideal team of the first 5 years 90's in baseball and many will think, why not include Andres Galarraga, Omar Vizquel, Oswaldo Guillen, well simple here only take those who participated constantly in our league, I hope you like this blog to continue in a next installment of what I consider the ideal team of baseball in the years following 1995.