Player of the seasons award: congratulations to Maduka of the Super Eagles!

Every competition is a competitive struggle, and for one to have been recognised as the best means he really displayed exemplary performance and so deserves commendations.

In that light, I heartily congratulate Nigeria's Super Eagle goalkeeper, Maduka Okoye, who emerged the best player of the Season of his club — Sparta Rotterdam. 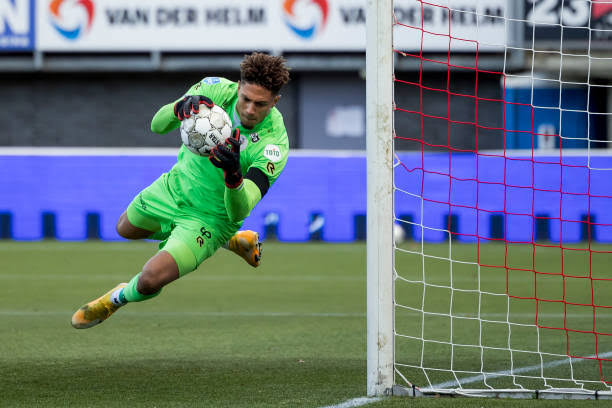 The 21-year old kept 10 clean sheets out of the 28 league appearances he made for Sparta Rotterdam, and that's a record in that club.

While presenting him with the award as displayed on the club's website, the sporting director Henk van Stee said:

“Supporters of Sparta Rotterdam were given the opportunity to vote for their Player of the Season, an election that was won by Maduka Okoye. The goalkeeper, who played 28 league games and managed to keep his goal clean ten times, received the prize this morning from Henk van Stee."