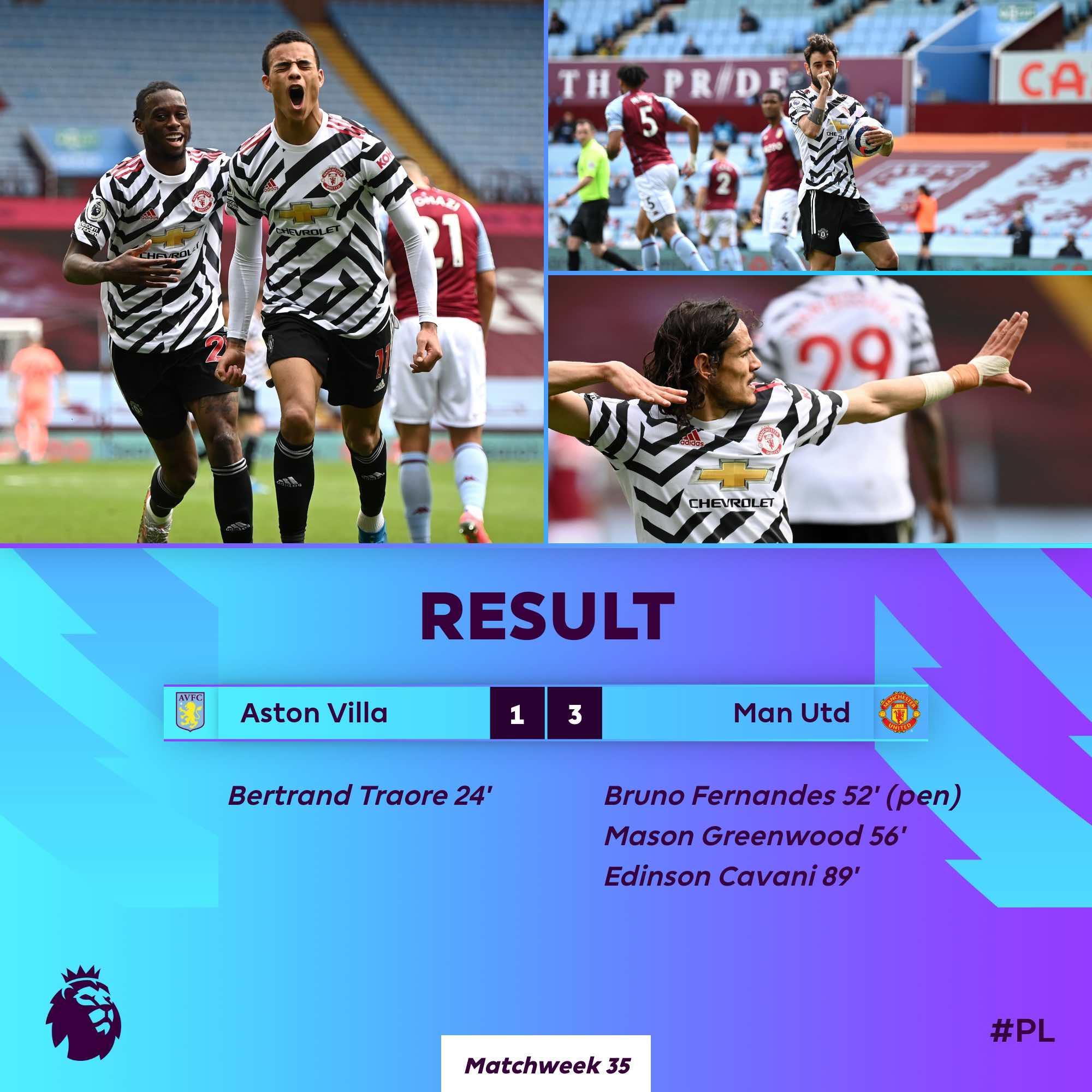 Manchester United come home with three points. Coming from behind first, MU got up to beat the host Aston Villa with a final score of 3-1. MU visited Aston Villa at Villa Park. The Red Devils looked underpowered in the first half so that Villa could score the opener through Bertrand Traore.

After halftime, MU responded by creating three goals. Bruno Fernandes leveled the score through the spot, then Mason Greenwood created United's second goal to turn around ahead of Aston Villa. Edinson Cavani, who came on as a substitute, secured the Red Devils victory by scoring the third goal in the last five minutes.

With this victory, MU collected 70 points to ensure that they finished in the top four at the end of the season. The Red Devils at the same time postponed the Manchester City championship party after just 10 points adrift with one game remaining. Meanwhile, Aston Villa sits in 11th place with 48 points from the 34 matches.