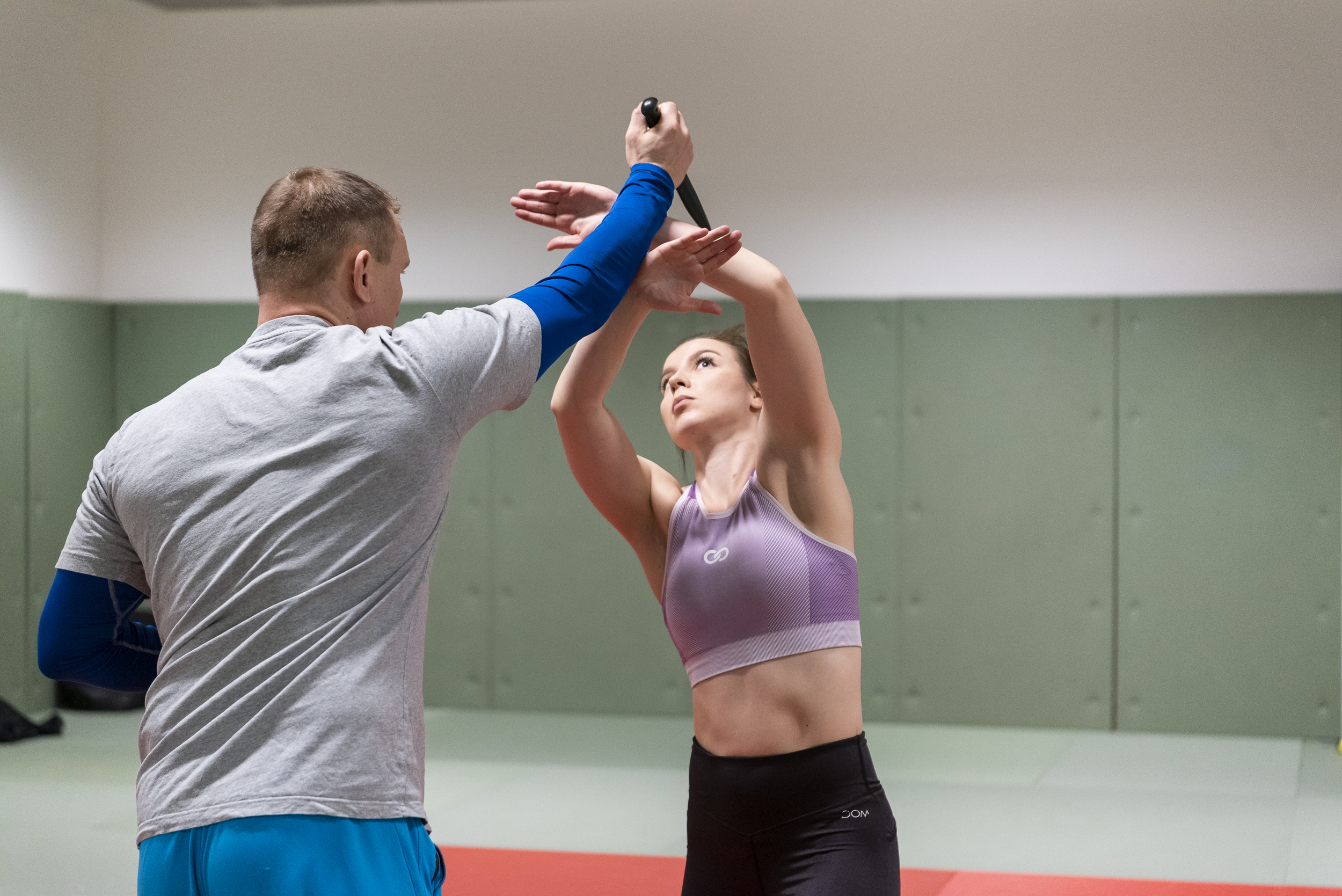 I was shooting for a security training company over the weekend in Turku where they organized a simulation mission for personal security.

Essi, our ”VIP” is training in Norway to become a stunt actor, so she was great for the role and we had sooo much fun.

As a little break from the acting and running around the city with the security detail, Essi and Janne had a training session just the two of them, and me shooting.

It was fun to watch but it’s sooo hard to get good photos when lighting is shit, the room is what it is with mess around, and two people are constantly moving. This is where I took the most photos and just prayed some would be focused on target, be interesting, have good expressions and not look too messy.

It took forever to go through the photos and pick the good ones but eventually I ended up sending in 40 photos. 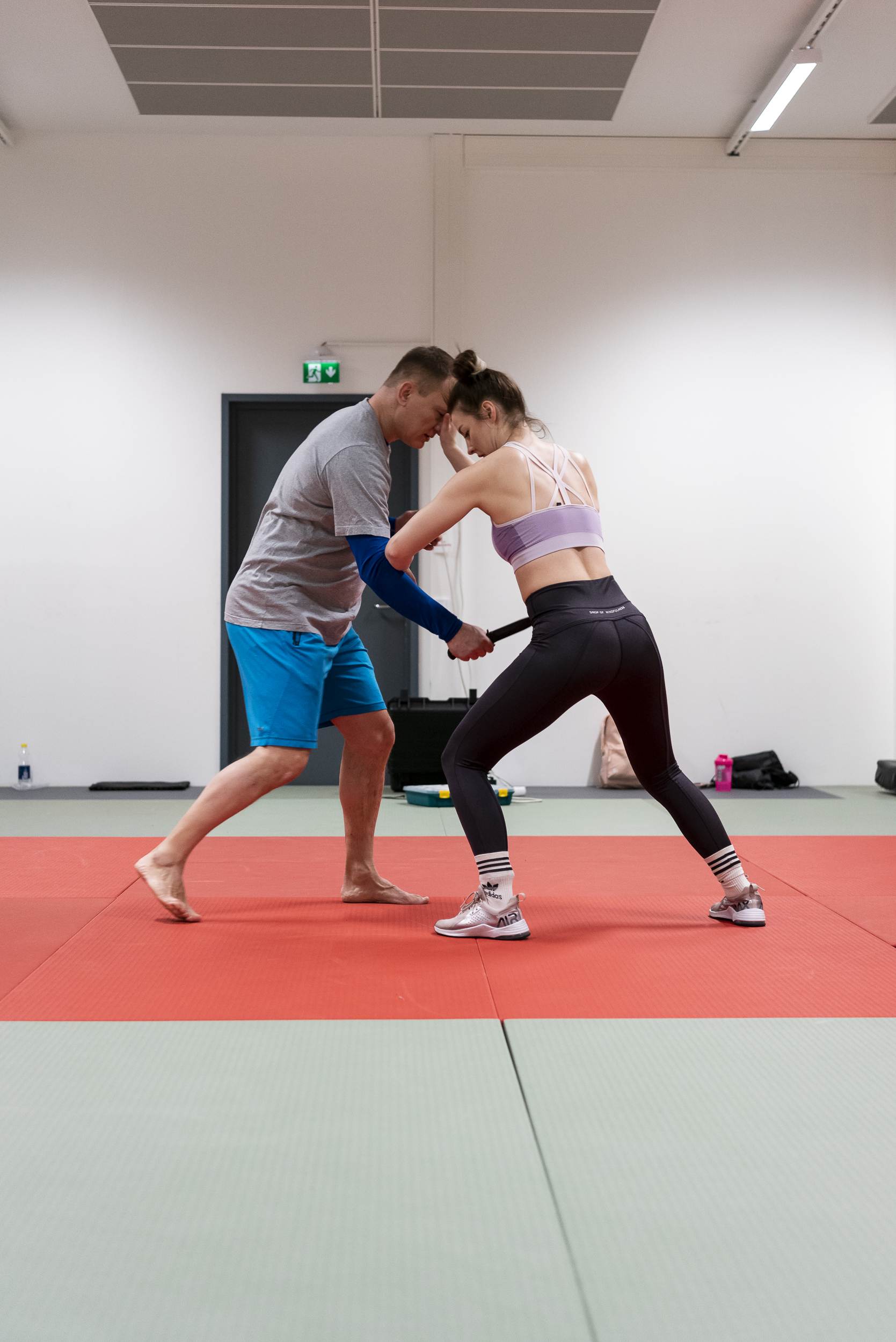 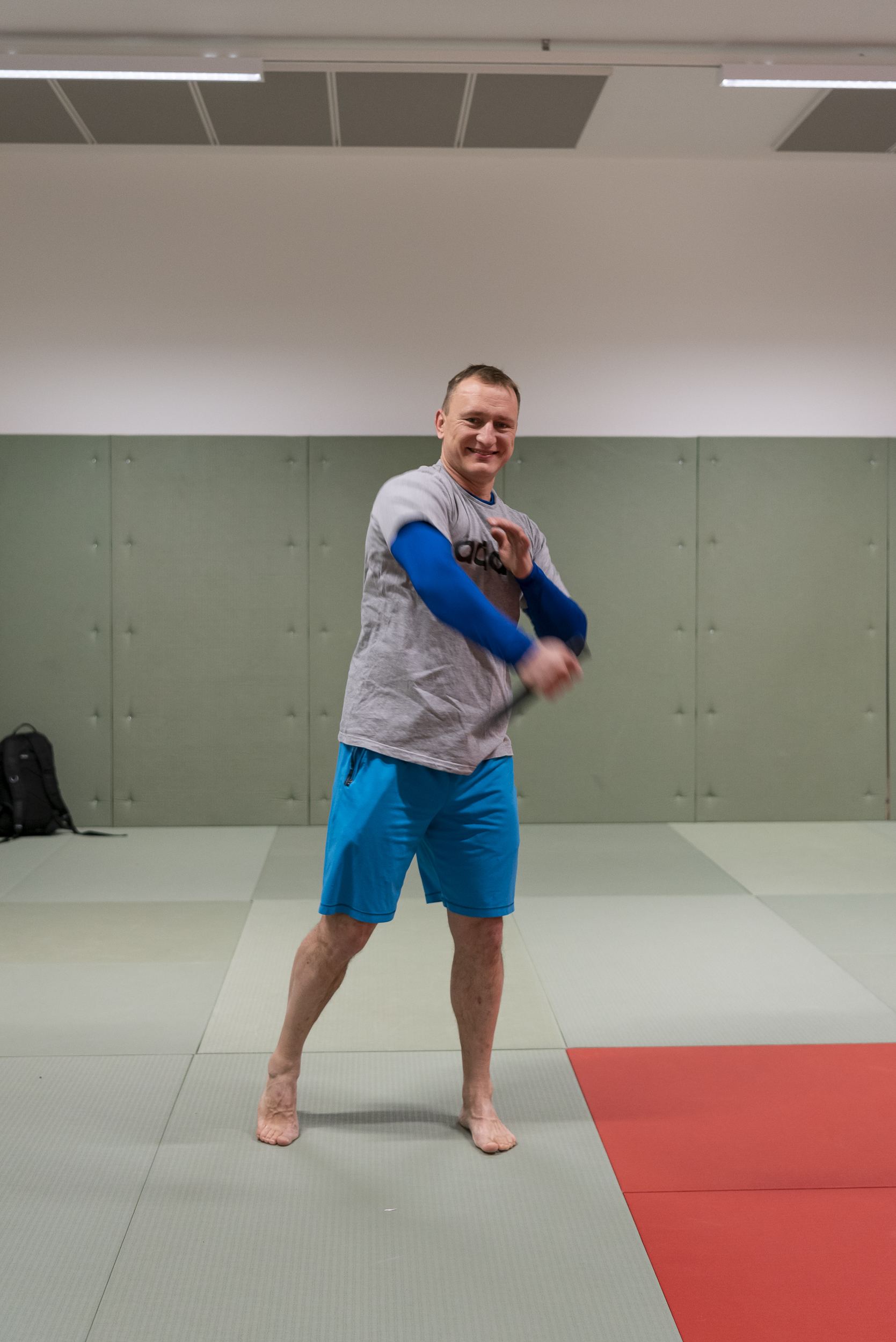 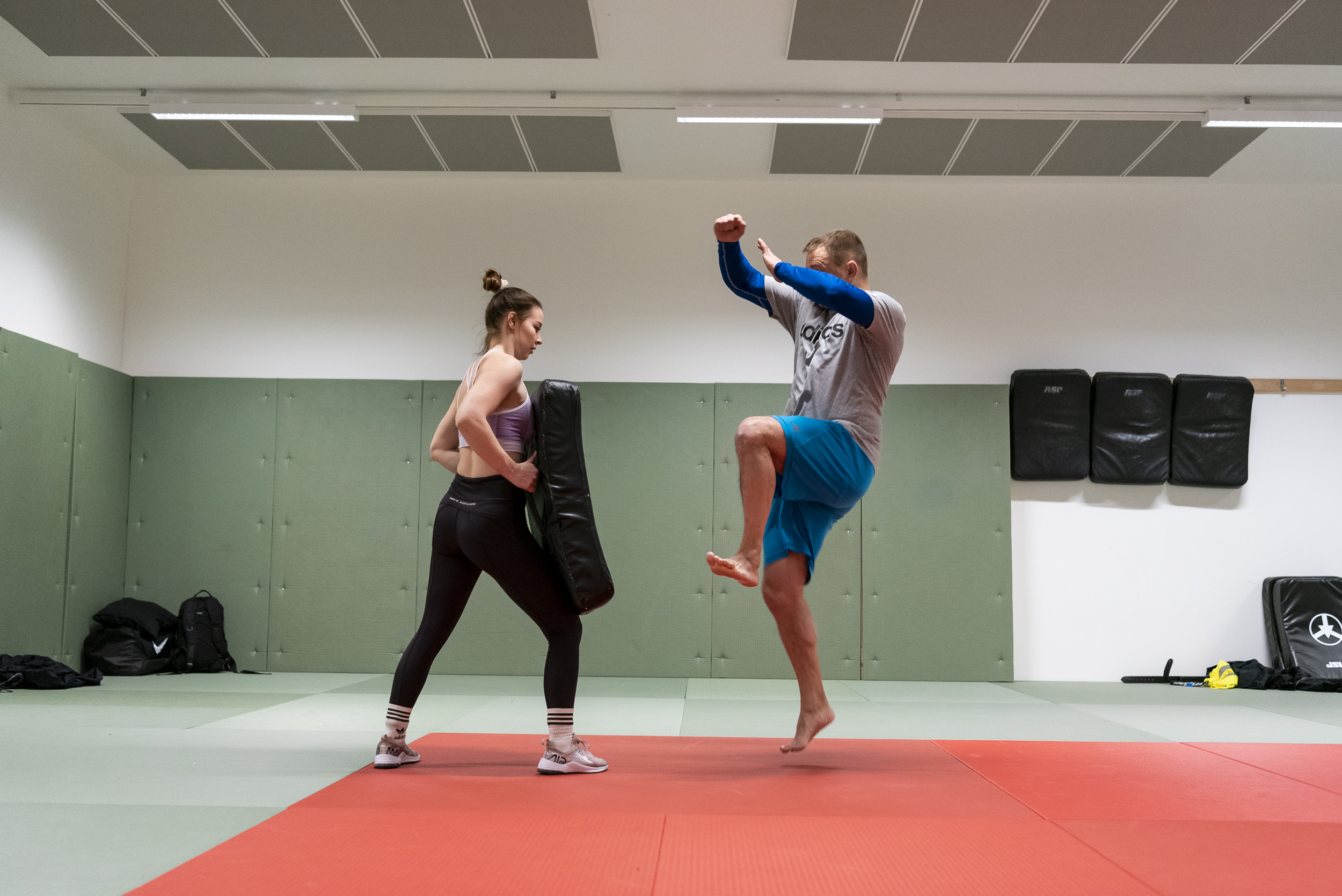 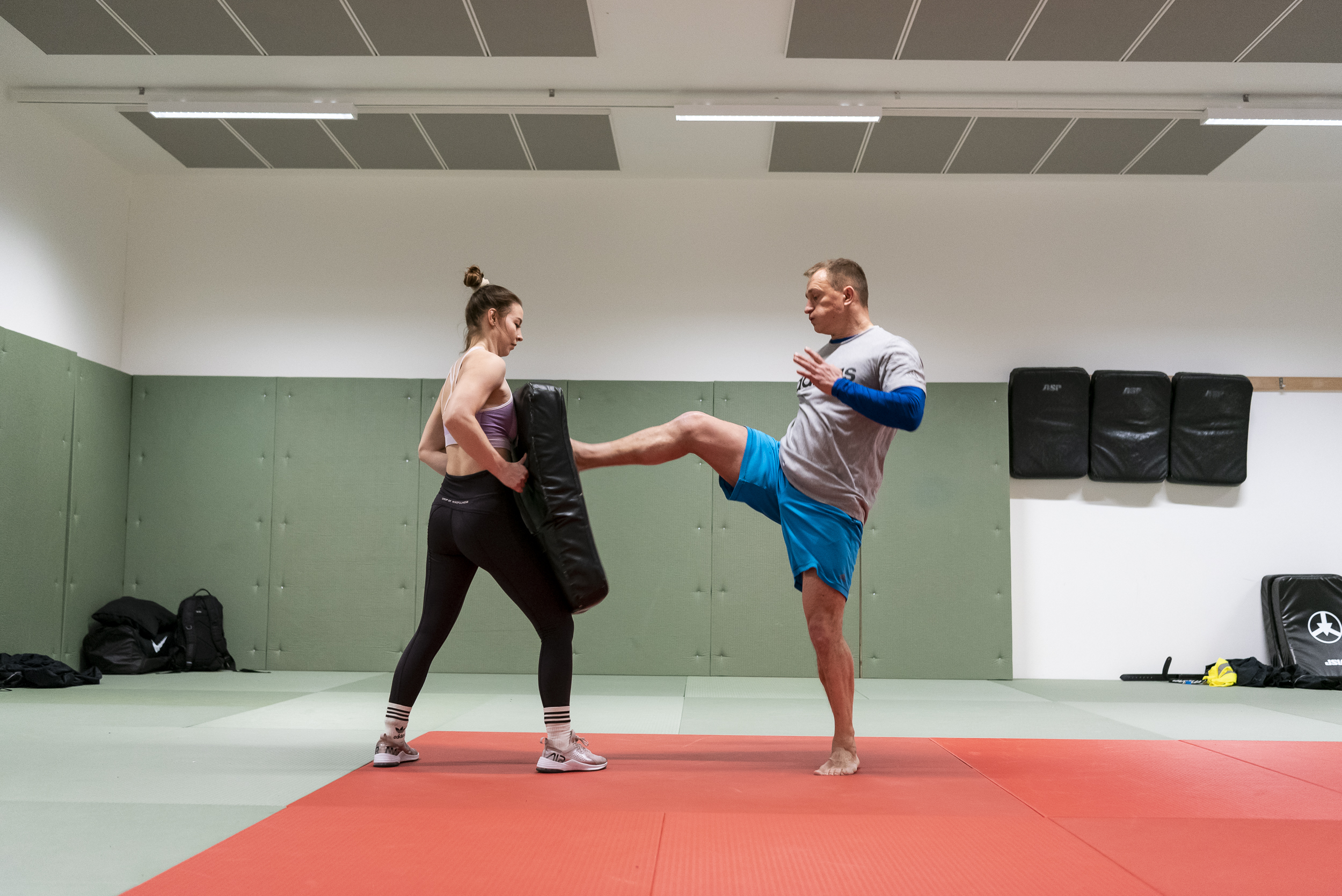 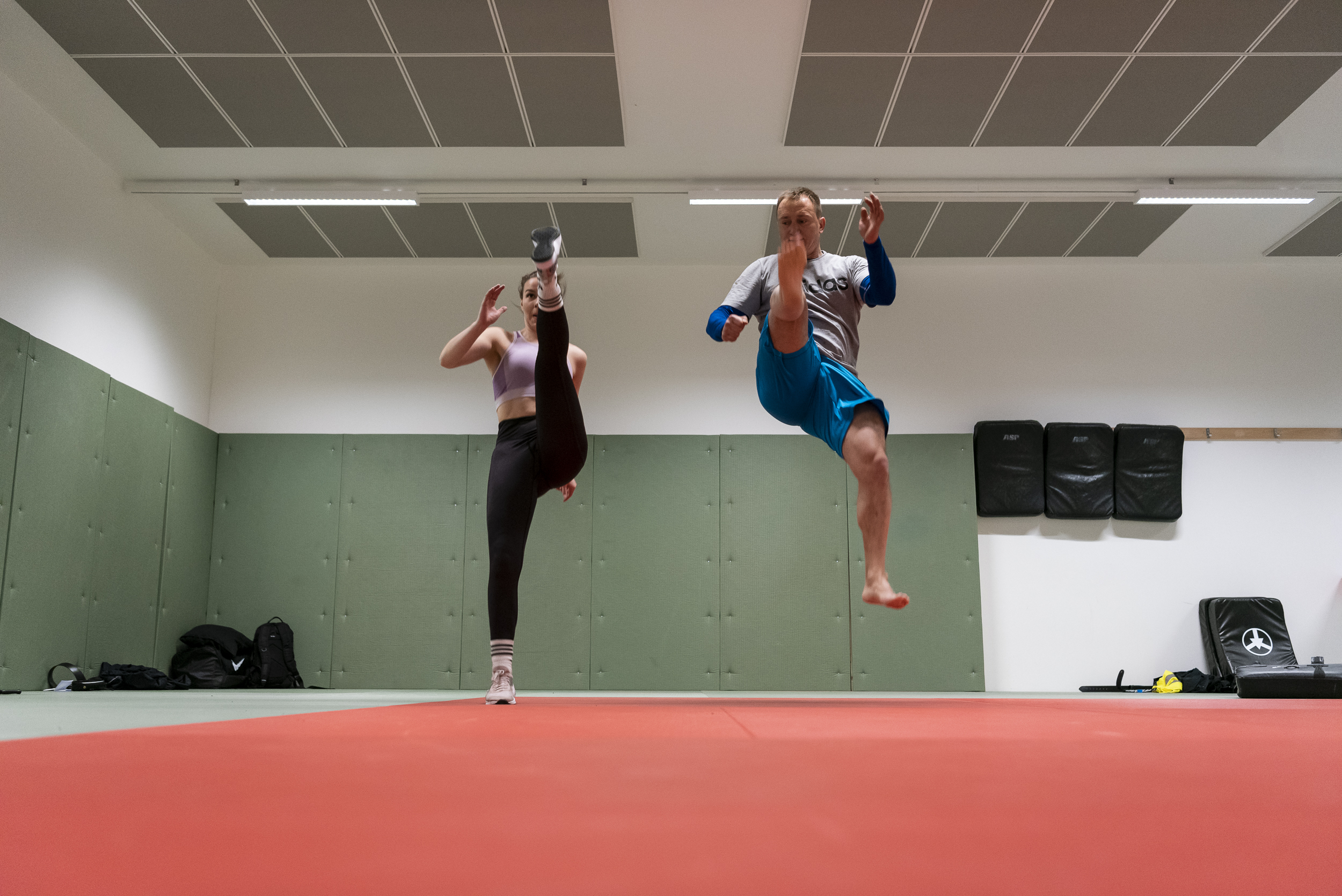 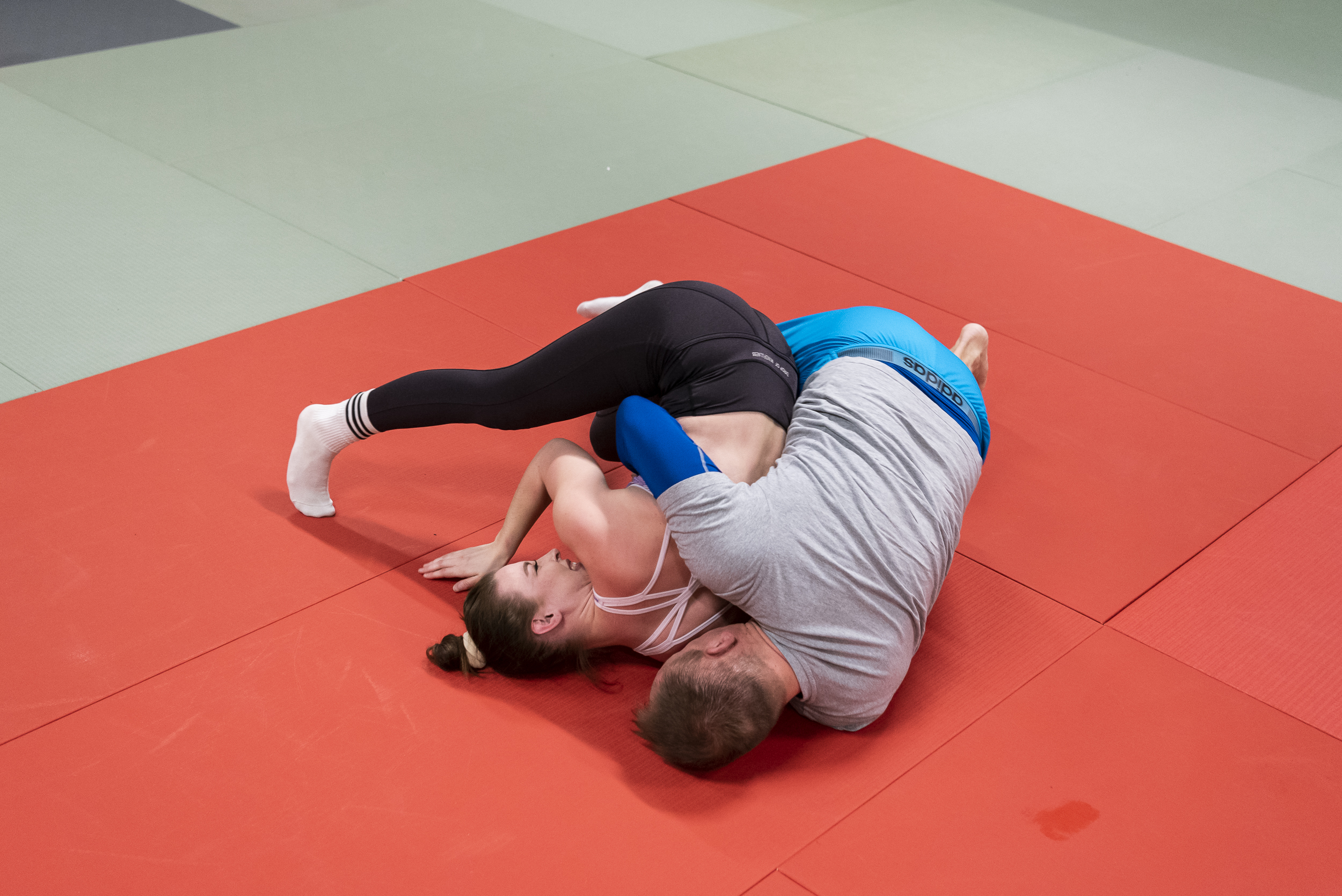 These all turned out pretty great! They're all bright and in focus and Essi's abs look great in that first shot.

I used to take band photos for a bit and oh man... that was hard. The lighting was always way too dark except for where it was way too bright. It was impossible like 90% of the time... but then you'd get those killer shots and it'd all be worth it.

Could you carry around a flash with a mobile softbox on a stand to help out? I learnt a lot from these peeps back in the day :

At least in band photos you can use the moody lighting for your advantage and also grain from the high ISO only adds to the rock and roll.

I really suck at using a flash ”on the go” but obviously flash could have been helpful for something like this. I couldn’t even consider that because I knew I had to carry all my gear and overnight stuff on me all day so anything extra was left behing. No ”just in case I need it” gear 😅

They came out good!