Introducing Omegaball: The next evolution of Futbol? 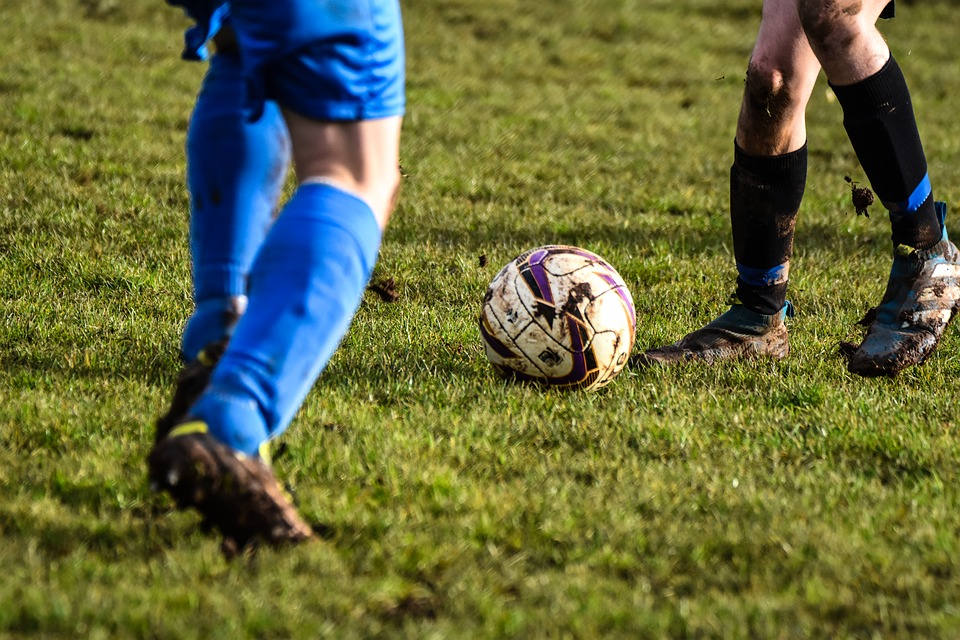 I will be the first to admit I have a love hate relationship with the sport that we in the US call soccer. I have a hard time following some of the rules (most specifically offsides), and like many other people I find the pace of the game far too slow.

There is an old Simpson's segment that I will try to share that really sums up how a lot of people see soccer.

That being said, there is a huge draw for soccer in the US. It is pretty hard to drive down the expressway in most cities and not see some huge complex that gets filled every weekend with youth and adult leagues. I have some nieces and nephews who are on those leagues and I have spent countless hours watching them play. I have a feeling I still have several weekends of soccer in my future as well.

I've even had the chance to watch my friends son play soccer at the high school level and I have to admit that was exciting due to the fact that I had a vested interest in one of the players. It also made me realize just how physical the game of soccer actually is.

Despite my misgivings about the game, I have always said that any sport that has a fan base so passionate they regularly riot can't be all bad...

That's part of the reason I was so intrigued when I happened to be flipping through the channels this past weekend and there on Fox Sports 2 was this crazy new sport called Omegaball.

The sport itself was started by four individuals with a pretty rich history in the sport of soccer and broadcasting. I think the major founder also has some experience in the X Games which probably explains the fast pace of Omegaball.

Basically, they are swapping out the traditional playing field for the circular structure you see above.

Also, instead of the standard two periods, they have three shorter length periods (12 minutes). Probably the largest change to traditional soccer is the fact that not two but three teams participate at the same time. There are no throw-ins, and no offsides, so it should be pretty easy for me to follow right?

Players can score on any goal that is open, this gives them the ability to seize opporunities when they come available. In the event of a self goal, the other two teams each get a point.

Much to my surprise, I found myself enjoying Omegaball quite a bit. I had the chance to watch one of the women's championship games and it was pretty cool. I think the team that won had a final score of 9 or something like that. There is definitely a lot going on and I have a bit of sympathy for the goal tenders.

Having to defend against two different teams seems like a lesson in futility. You have to have pretty thick skin I think and just hope that your team can score more goals than the other two teams.

I think this is the kind of fast paced action that could likely convert some of those people who feel soccer is too boring. I am guessing part of it just has to do with how you were raised and what you find familiar, I know many people feel the game of baseball is far too slow as well.

Personally, I think Omegaball is a really awesome twist on the traditional game that is known and loved worldwide. I think this could be a really great on-ramp for many people that have misgivings about the game.

If you suddenly see these weird circles pop up at your local soccer complex with three goals, now you know what is happening. I encourage you to take a second and watch one of the matches. It really is pretty exciting. I can definitely see myself getting into this sport more.

With the World Cup starting to heat up, this is an awesome accompaniment to the sport.

I played a fair bit of soccer (aka footie) at school, but was never much good at it. I don't tend to watch it much apart from some of the major tournaments. I would agree that matches can be a bit boring due to the lack of scoring.

This is the first I have heard of Omegaball. I guess it is possible for two of the teams to gang up against the other one, but someone needs to win.

Yeah, I think this weekend was one of the first times that they have ever broadcast it. It was definitely much more exciting. I think the total scores among all of the teams at the end of the game was something like 25 goals scored. It was pretty cool. Purists might frown on it, but I found it enjoyable.

Makes me smile that you say soccer is complicated when US football (aka hand egg) is more like 3d chess. I'm not sure I've ever watched a full match of that, but I used to watch a highlights show that was on UK TV many years ago.

I get that. There are a lot of technical pieces of American Football that still confuses me. I feel like they have three different terms for the same kind of misstep sometimes. Off-sides, false-start, encroachment. It just depends on which side does it!

Very interesting as I have never heard of this and good to know new trends or variations of a particular sport.

It's pretty cool. I could see myself watching it more if it picks up some wider recognition. My fear is that it will just remain one of those fringe sports they play on ESPN 3 and higher.

Low scoring is the same complaint I've heard about hockey (especially when 2 defense-first teams play against each other). Hockey is easier for me to understand since it features a smaller lineup and a smaller playing surface.

Since this post is about Omegaball, it got me wondering what would be the hockey version of it. It would be insane!

That would be pretty crazy if they adapted this for hockey. I think the smaller rink size does help make hockey a bit more exciting. That and the fights of course! I used to watch the Red Wings religiously, but I have kind of fallen off with a lot of the professional sports lately. Except the Lions. A lot of good that does me though...

I lost track of NJD hockey once the Hall of Famers retired, and I stopped following sports altogether after 2019. All I know is that Tom Brady is still playing and it's Max Kellerman who fell off a cliff.

I used to love the devils when I was a kid. Such great colors that blue and red. :)

LOL! I love how they portrayed the superstar names of soccer players. WOW THE SIMPSONS OMG. Thank you for bringing back those memories. I need to look into more Omegaball, that's so interesting!

It's pretty crazy. I don't know if it has more strategy or if it is just taking advantage of lucky opportunities. I think if you are a soccer fan it is at least worth watching once. Yeah, the Simpsons were so classic. Still kicking I guess, but I haven't watched an episode in years!

never heard of it but it sounds interesting. I'm gonna go look up some youtube vids right now.

I think they are going to start broadcasting it more on Fox Sports 2 if you have access to that. I think that is where I found it this weekend. You might not be able to find a ton of stuff. I think it kind of just launched, but I could be wrong.

Just watched the men's final. I wish I could say I found it entertaining. To me, it would be a lot more fun if two teams would gang up on the other for a brief period of time but they don't seem to do that, maybe there is a rule against it.

I was thinking the other day that there must also be a rule where two of the teams are not allowed to trade goals if one team gets too far ahead in a situation where the goalkeeper just lets the ball go in and then the other team who is also trailing returns the favor until they are all caught back up. haha. That would introduce a great deal of dirty play into the game and it could be fun.

Those are some great points and things that I actually never thought of. I do think it would be cool if there was a bit more cooperative play between the teams. I guess time will tell if this ends up being something that gains traction. Who knows, with a few adjustments it could be a phenomenon like SpikeBall...

I bet it isn't allowed to play co-op with another team. It just makes sense that teams would do it because in that final that I watched one team was relatively dominant and the others didn't stand much chance of catching up otherwise.

Holy shit balls! Never heard of it. I'm intrigued now and want to see it in action... Any good recommended videos?

There really aren't a ton out there yet since it just started being broadcast this past weekend. Try this: https://omegaball.com/pages/watch

Crazy game!! I watched some of it there and didn't turn it off straight away, so there is definitely something in it, the teams were pretty average, but if you got some quality teams playing it could be very entertaining.

Yeah, it almost looks like they are using college kids or something at this point. I don't know. I am going to write another post about it tomorrow (sort of).

Thanks, I appreciate that!