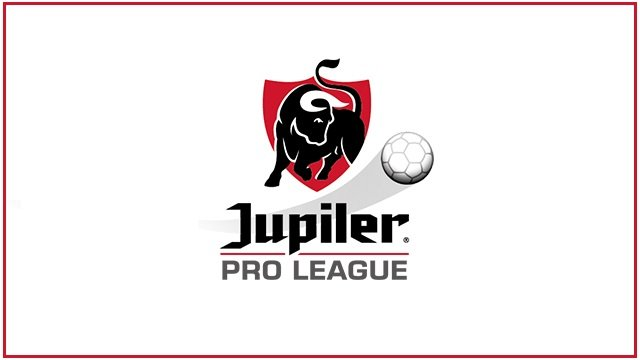 9 Weeks have been played in the Belgian Jupiler League and I'm taking the time during the international break to have a closer look at individual team stats against the Asian Handicap similar to last season (Link) with an eye on week 10 going forward. 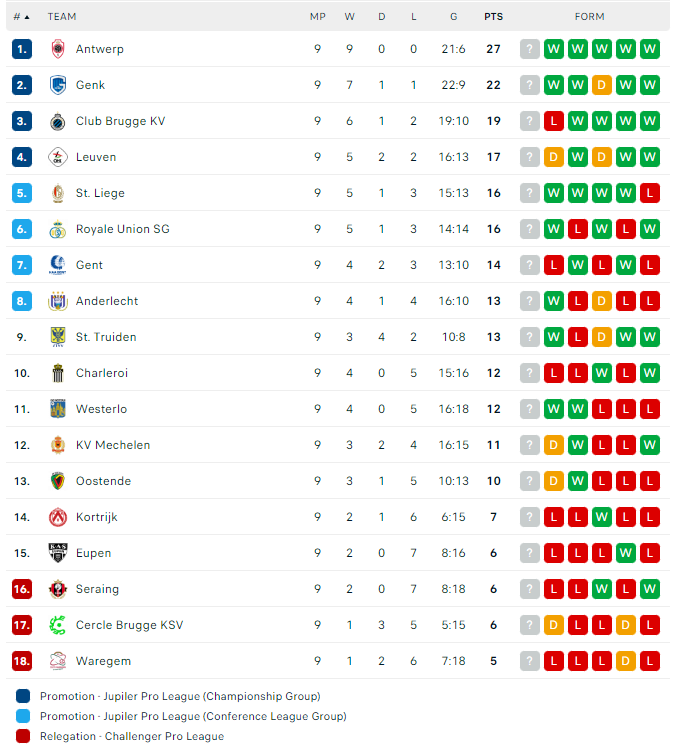 In my personal approach, I take less importance in the actual standings but much more on my own stats that I keep against the Asian Handicaps which much more indicates teams that are overrated or underrated.

1. Overall ROI on all closing lines
These stats give a general view on which have been the most underrated teams so far on the market (or the ones that got most lucky)

The teams with the biggest gap between their league rankings and their results against the Asian Handicaps are Union which (9), Kortrijk (7), and AA Gent (6). Both AA Gent and Union have had too high handicaps that they were unable to cover despite having a good ranking and Kortrijk has been underrated taking few points but still being profitable against the Asian Handicap.

It's not really a surprise that the teams who have a hard time to score are ranking below. It is somewhat of a surprise to see Charleroi up there as I don't see them as a crazy over team and their lines seemed to be quite adjusted. The teams with defenses that don't take many goals also are negative on the overs (Antwerp & Stvv)

The Belgian League generally has been a league with more goals in the 2nd halves but this year so far this trend seems to be reversed. I guess the gap between bigger and smaller teams getting bigger has something to do with that as matches are more played in the 1st half with the match going toward energy conservation in the 25nd which can clearly be seen with Antwerp and might be a good angle going forward taking unders the moment the favorite takes a 2-goal lead already in the 1st half.

Something else where a potential edge can be found on the betting markets are the differences between home and away performances against the Asian handicap as some team just clearly have the home advantages or struggle on the road (or he other way around) Kortrijk, Seraing, Westerlo and Zulte-Waregem seem to show the biggest gaps in that regard even though the sample size is still very small.

These are more statistics interesting to know as the lines often are based on them, by watching the league you are able to find an edge there as these stats are not always as representative as some chances actually never have a real chance of going in. So most of the time, these are stats I use to oppose totals that are set too high or too low.

That's it for now and I'll be back next week with more betting actions taking all of these stats into consideration as I believe looking at the asian handicaps along with some ratios between 1H/2H or Home/Away stats while going against some of the more traditional stats lines often are based on is the winning way.