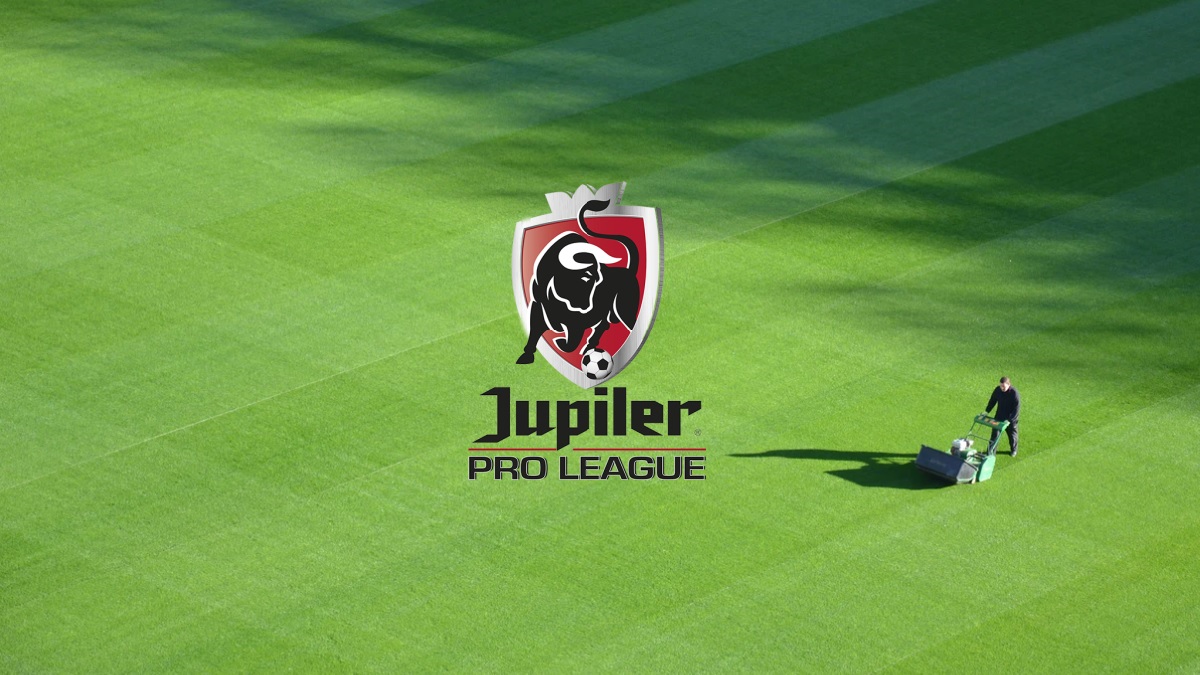 Solid Saturday which honestly could have also gone the other way in a similar way how Friday could have gone a lot better. In the end it's a long-term thing and everything in between is just noise. I take it 1 match at a time and have 4 more on Sunday to have a go at... 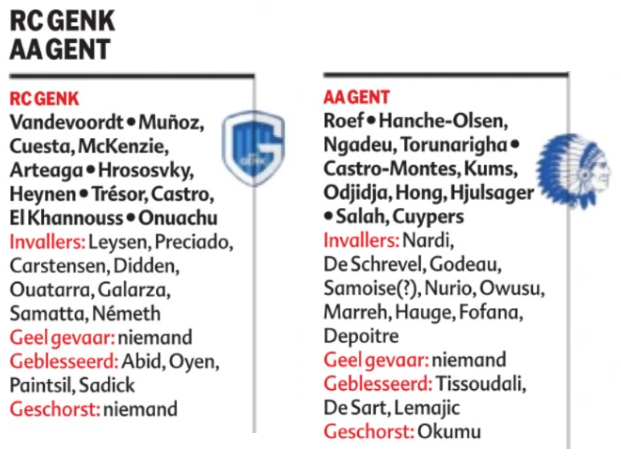 This is an interesting match between 2 good teams who I consider have equal quality right now. Genk has the home advantage, has arguably been in a better streak even though their most impressive matches came at the start of the season and they had a far less busy schedule as they don't play in Europe. For these reasons, they are the well-deserved favorite in this match. AA Gent however has a solid defense that has been growing in form and their coach stated that if they manage to keep a clean sheet in this match, they at least go home with a draw which he considers a good result. Genk on the other hand has yet to keep a clean sheet this season as they are willing to play forward which leaves them vulnerable at times. I pretty much have no clue how this match will turn out as I would not be surprised by a boring 0-0 or a crazy 5+ goals match, Genk could totally dominate or not be able to break the AA Gent defense and get punished on counters. Betting on this match right now feels like a total gamble so I'm staying away and I will wait to get a much clearer picture in-game. No Pre-Game Bets 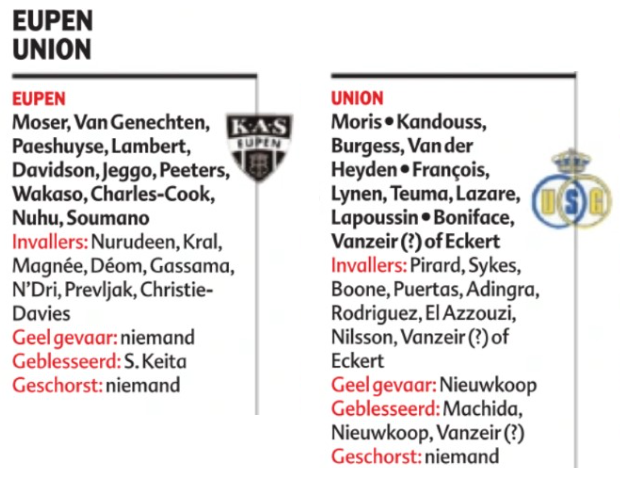 Eupen is in the bottom regions playing a nervous relegation non-match last week against Oostende which they lost by 1-0, the week before they lost by 0-1 against Kortrijk in another relegation zone battle and overall their form has just been poor in the previous 4 games. They did put up some good performances against bigger teams before that though which resulted in 3 points against an at that time really Club Brugge. Union has been great so far this season in what they have put on the pitch in terms of quality and intensity. The only real off-day they has was away against Kv Mechelen as they were in between Champions League qualifier matches and rested some players. The main question is how they will handle the potential fatigue today. They are also without Nieuwkeep and possibly Vanzeir but overall their team is still good enough even though they are not really equipped to handle many substitutions without booting in a lot of quality. They are also a team that only managed to keep 1 clean sheet so far this season. Both teams are quite heavy on 1st half goals (Eupen 1.5 at home 66.7% / Union 2 away 53.3%) and I can see an open start of the match which made me take an initial bet of 0.21 units on 1st Half Over 1 @ 1.804. I also kind of like Union to win over 90 minutes but will need some kind of confirmation first. I might go for a low-stake bet on a high handicap and big odds which could be worth the risk. 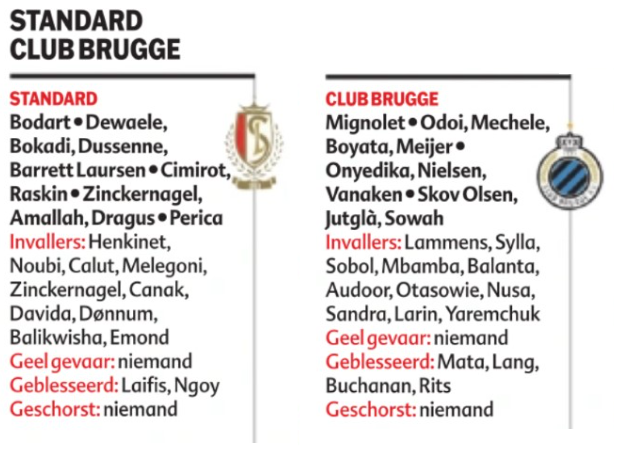 I had this match marked for a while as I see Standard as a team that is currently overperforming based on the actual quality taking a 9 on 9 against Stvv/Oostende/Kortrijk. If anything they have an excellent mentality and they put in the work but I doubt this will be able to overcome the big gap in quality which has been growing in the league between the top sides and those below. Club Brugge after somewhat of a doubtful start now has got things in gear and are in good form winning their last 5 matches in the league and also taking 6 points from 2 matches in the Champions League. They are coming off a stand-out 0-4 win over Porto. Based on the quality difference, they only really can beat themselves if this would turn into a total let-down spot or fatigue somehow would kick in which I don't see as that likely. The scenario of either Club Brugge having a difficult match but still winning or in worst case taking a draw or this turning into an easy away win where the big quality difference shows and Standard putting in their place after overperforming n my view is extremely high. I'm willing to bet on this and took 0.6 units on Club Brugge -0.25 @ 1.792 / 0.4 units on Club Brugge 1st Half -0.25 @ 2.119 / 0.28 units on Club Brugge Team Total Over 1.5 @ 1.870. I also took a little bet extra as a crypto bet of 100 USDT on Club Brugge -0.25 @ 1.810 over at Betfury.io 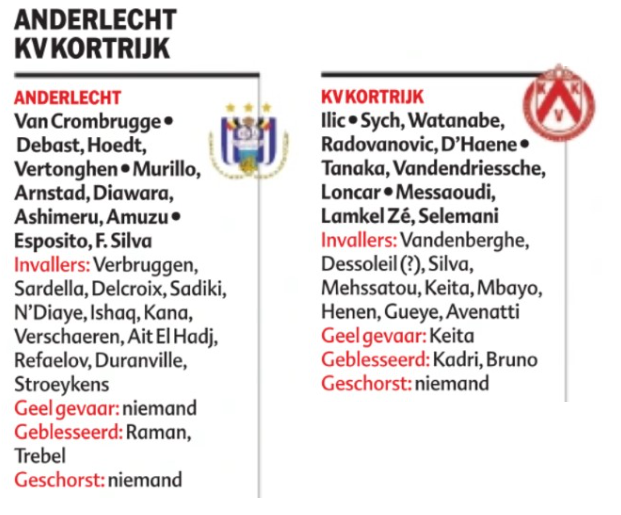 Anderlecht right now already is in crisis again similar to many times in the past years. The fact is that they no longer are the top team they once were even though their situation is not as bad as for example Standard. They are playing with many players that are very young and their matches are often a hit or a miss. Recently their form has gone down a lot again and they had a very hard time to actually creating chances let alone scoring goals. In their last 3 league matches, they only averaged 3.3 attempts on target. At the same time I still see them capable of having stand-out performances in case they score early especially against smaller teams. Kortrijk under their new coach has not really seen any improvement even though they managed to win by 0-1 against eupen. Last week they lost with 1-4 to Kv Mechelen who aren't even that good. I see kortrijk as a bad team that can be opposed against good opponents. In that regard the -1.5 line for Anderlecht makes sense. I'm not willing to gamble in any way whatsoever though. Kortrijk in their last 4 matches averaged 13.75 corners and Anderlecht had at least 11 corners in half of their matches so an high odds bet on over at bigger handicap might be worth it and I might get in on that early in the match. No pre-Game bets 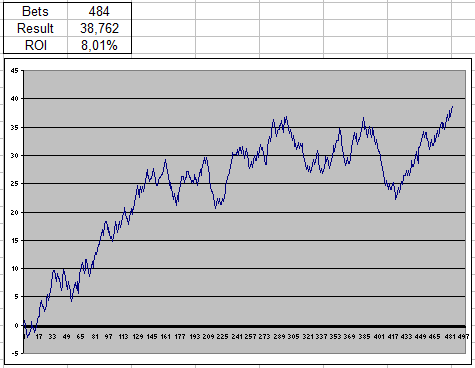