The highs and lows of sport.

You have to take the bad days with the good ones.

With that said there are good ways and bad ways to lose.

It was Munster final day. One for the calender.
The best of the championships and one fought to the last.

I couldn't make it to the match as were away for the weekend but there was no way that i was going to miss the action.

The match was on at four but I was well settled into the high stool at that stage in a nice little pub in westport.

The sun was shining outside but all eyes were on the action. 50,000 fans roaring for blood and tears.

And action was the only way to describe it. It was fast and furious with players hitting everything that moved out on the pitch.

Hands and hurleys were flying in from all sides and the ref was happy to let them fight it out. 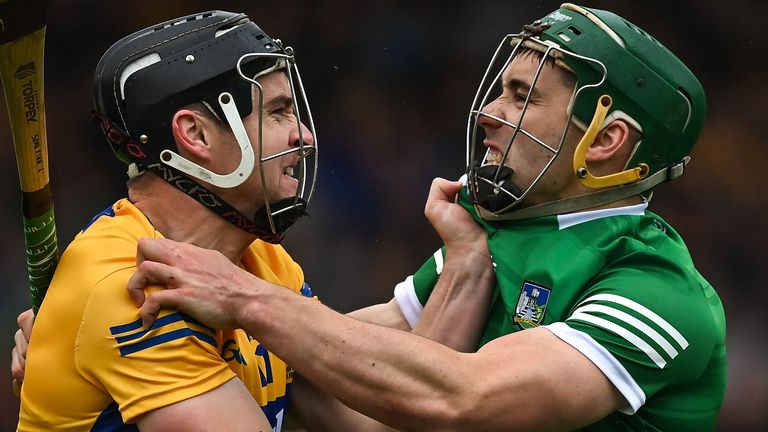 This being a final we had extra time after Tony Kelly hit one of the best shots that you will ever see in hurling.

No time left on the clock,
Last shot of the game,
No angle on the shot,
Fans right on top of his back,
Straight over the bar.

Our team gave it everything on the day but came up just short in extra time.

We have a team of great players but the had a bench full of them as well which mad ethe difference over 100 minutes.

This was a loss with a consolation.

We were up against the best team in the country and have been for the past four years. They are one of the best teams that i have seen at any stage.

We also live to fight another day as the loser form this go into the all ireland series just a bit further back than the munster champions and could still meet them again in the all ireland final in a couple of months time if we win all of our remaining matches.

The pub was crowded for the match but I was the only sould in a clare jersey and to be fair to everybodt there they were all going for us to win bar the limerick fans themselves.

It was an epic encounter that you couldn't take your eyes off of.

Lucily we had the rest of the evening to drown the sorrows and hope that we can come back the next day and keep up this level.

Sorry for the loss. This is simply what happened to me during the Uefa champions league final match between Liverpool fc and Real Madrid, it was a painful one to me. But we need to move on. Better days ahead. I hope we got it right another time.

We're all the same i think.

The good days are very good but the bad days are tough to take.
I was watching that match nad it was a painful one to be fair.

The good news is that there is always the next one.

Just same memory I had when Liverpool fc lost Uefa champions league to Real Madrid. It really pained me and to make it worst I lost my uncle that night.

Better days are ahead. Life is rarely monotonous unless we make it. There will be another chance to win.

Sports can be so beautiful but also so cruel. I feel like everybody is obsessed with the winning part and is literally addicted to it but it comes iwth the price of big pain if losses occur :D

What a game!! There won't be a better game all year... That sideline cut... It could well the final pairing come September (July really - but sounds wrong!)