Rabona Game: We are Hungry for higher League

I think this is the first time I had this long run of wins at the beginning of a seaason. Indeed, Season 83 looks cool on my team, FC Creativians and there is a great hope of stepping up to League 1 for Season 84.

managing my team successfully to at a profitable level has been a fun but arduous task. This season, I do not really the part of hardwork. I think luck came my team's way this time. All I've done regularly has been to set formations and training and to be sure no injured player reduces the number of qualified players for each succeeding match. 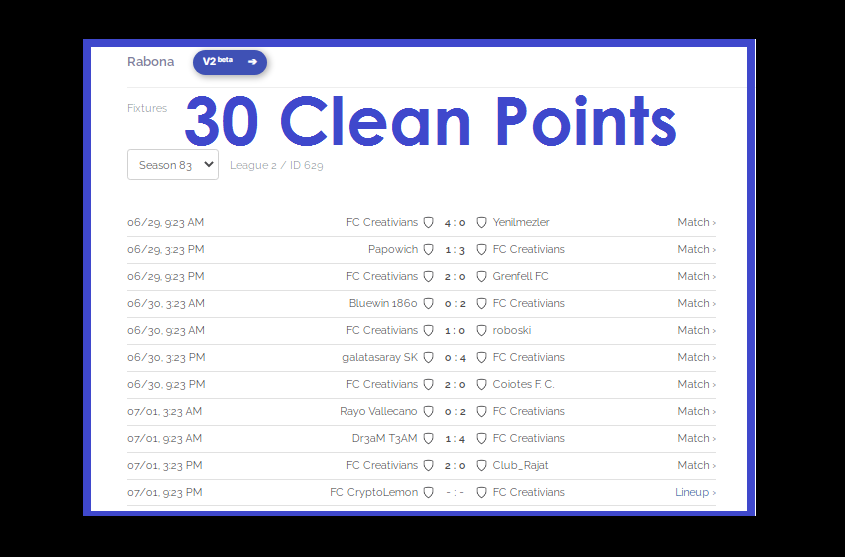 We won the first 10 matches of the tournament, which affords us 30 Points and 24 goals. Out best win has been against Galatasaray SK as well as Yenilmezler with 4 goals in our favour respectively.

With 30 points in first 10 matches, there is the possibility of FC Creativians scoring above 80 points at the end of this Season. The possibility of all 30 matches is quite slim but we'll do our best and see what the boys can do on their part. 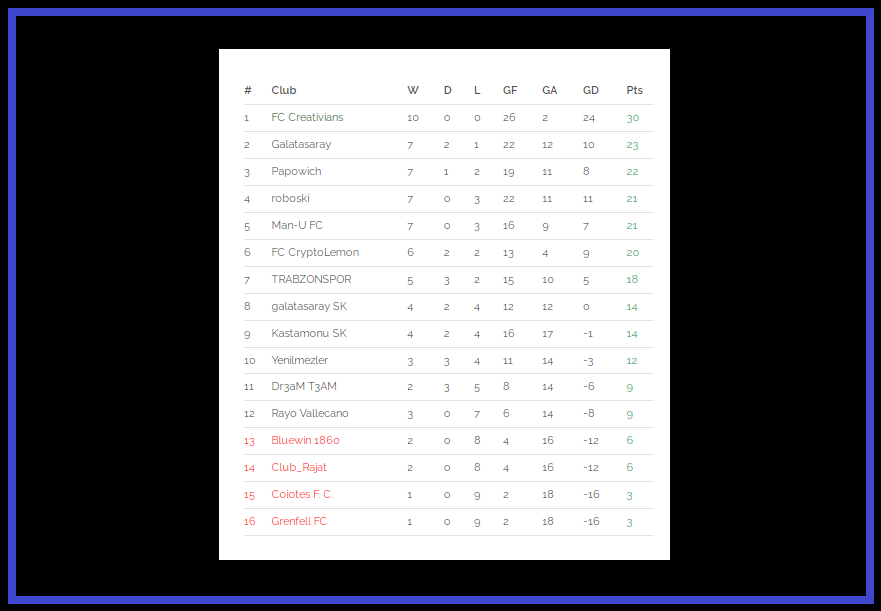 One of the good stats with my team with that awesome performance is the total fan that have increased to 73 million. This is one aspect of the Rabona game manager should not toy with. The number of fans supporting your team goes a long way to determine the extent to which the Club will be profitable.

Always keeping an eye on my fan base not to go below 60 million. This is because the number of fans you have determines the patronage of your merchandize products (t-shirts and scarfs) which is an underrated income source to the Club.

Besides, your fan base will also determine the tickets sold during home matches, hotel and parking lot patronage. I'm always concerned with keeping a balance between my team's performance and Club's profitability.

Please wish us well as move further in the Season!

Dear @uyobong.sports, we need your help!

The Hivebuzz proposal already got important support from the community. However, it lost its funding a few days ago when the HBD stabilizer proposal rose above it.

May we ask you to support it so our team can continue its work?
You can do it on Peakd, Ecency, Hive.blog or using HiveSigner.
https://peakd.com/me/proposals/199

All votes are helpful and yours will be much appreciated.
Thank you!