In 24 hours we will know who is the new winner of the Champions League. Will Chelsea's solid play or Manchester City's creativity and total soccer concept prevail?

Neither will either of the two top stars of world soccer, Lionel Messi and Cristiano Ronaldo, be present in these last editions. On this subject I referred in a previous post

Chelsea had its hour of glory in the 2011-2012 season when it defeated Bayern Munich in the final (on penalties). The English team bases its protagonism from the possession of the ball faithful to the style of all the teams that Guardiola has managed.

Some of the concept of total soccer deployed by the Dutch team in the years 1974 to 1978 where they reached the final in both World Cups and lost to Germany and Argentina respectively.

The basic idea of Manchester City is to defend by withdrawing all its players (and here the strikers play a preponderant role) in order not to allow gaps where their opponents can filter through and, on the other hand, to attack by deploying all the attacking fronts: wingers, midfielders and strikers.

An important factor in this is the pressing in midfield and the quick exit with the attacking midfielders and wingers.

Speed and passing accuracy are essential at City.

For this reason, Guardiola decided to abandon the idea of the single, goal-scoring midfielder that for years was embodied by the figure of striker Sergio "Kun" Aguero and replace him with midfielders and attackers who move in and out as a kind of rotating pivot.

Once one and then another, without a predefined goal scorer. But where anyone can get to the opponent's goal (and convert). 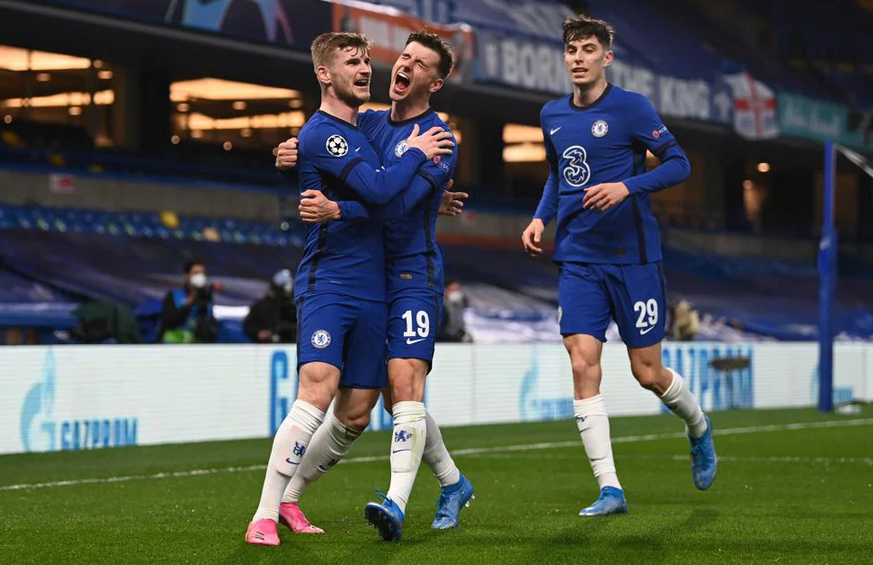 In fact Chelsea has been the team that has changed the least in recent years. From Mourinho to current manager Tuchel the basis of the team has (almost) always been a 1-5-4-1 with a strong accent on the defensive aspect.

Tuchel, like Guardiola, is a "blackboard" coach who likes to work on the tactical aspect and is able to improvise on the fly according to the changes and variations projected by the opposing team.

He also takes full advantage of his opponents' weaknesses. For example, the advancement of their fullbacks to exploit the empty spaces they leave. Or the central defenders.

If there is one aspect that has characterized Tuchel's Chelsea, it is their defensive performance, truly exceptional: 29 games without conceding a goal.

For this, he relies on a defense with five players with great physical and tactical potential (Rudiger, Thiago Silva, Christensen, Jorginho, Kanté) and two fullbacks (Azpilicueta and Chilwell) very attentive to underpin their work. In some circumstances they are joined by Mount Mount central defensive midfielder.

The oiling of this system is explained by the fact that in the last few games with the absence of two of its key players like Christensen and Kanté, the average number of goals conceded has risen to 1.2, which is unusual for Tuchel's team.

I think the key to the match will be in who will be able to get the space to do their job.

If Manchester City can impose their rhythm, the match will be favorable for them. They will be able to crown the best season in their history. They won the Premier League, also won the Carabao Cup and qualified for the first Champions League final in their history.

But if the intensity of the game is "dulled" by Chelsea's players without opening the scoring, nerves can play a trick on Guardiola's team.

Chelsea has a tremendous mental strength that is more than important in this type of match. They know that the important thing is to steal the ball from City, pause the game and develop their tactical scheme between defense and midfield.

In order to dismantle this scheme, Manchester City will have to add speed to the circulation of the ball, mobility and rotation to the game to nullify this "enkambre" of nine players that Chelsea will propose between their goalkeeper and the most advanced player.

The speed and precision in the defense-attack transition that usually works so well for Chelsea will be a preponderant factor. Knowing that they will have to make the most of the few opportunities that come their way. And in that aspect they are true masters.

The images and screenshots have been extracted from the official Champions League website.

Wow Champions league final prediction!!!
Well what I will first say is this finals is not just ordinary table league but the two teams have fought their way through so many stages to get to the final, so it won't be easy for both teams in the finals, though their will be only one winner at the end.

This is a game and a football of life event so anything can happen, is a 50/50 chance of winning for both teams to uphold their pride and ego.

One thing and advice I will give to the fans of Manchester City if for them not to take Chelsea to have a less advantage of winning, they are like hungry lions down on public sentiment to loose but clearly that will be their back bone and strength to strive for winning.
I will say congratulations to the winning team tomorrow.
Good luck to Manchester City and Chelsea.

I share with you @da-prince my good luck wishes for both and may the best man win as they used to say a few years ago.

If both have reached the final it is on their own merit. Nobody has given them anything for free and they deserve to be where they are: playing in the final of the biggest European competition at club level.

Perhaps City will arouse more sympathy for the quality of their play. But underestimating Chelsea would be a huge mistake. Tuchel's team, in their type of play, is fearsome.

This will be a very cagey match has both team will be playing with all they've got . Before now, many didn't see either team getting to the final but here we are.

Been city's first UCL final I expect to play cautiously in a bid not concede first. Chelsea also won't also love to lose this after their FA cup final loss to Leceister.

I see this game going to penalties. if it doesn't I expect a 1-0 win from the team with a better tactics in

Like all finals I think it will be very hard fought from a tactical point of view. Both coaches use tactics very often. Only Guardiola uses an offensive tactic while Tuchel uses a defensive tactic.

We will see who the game favors. Of course, neither will have to waste the opportunities that come their way.

Regards @jersteemit and thanks for commenting.

Yeah, we'll in few hours. The more clinical team will have the day. My pleasure